Rather than go to 3rd election in a year, 63% want the deadlocked Likud and Blue and White parties to compromise on their positions 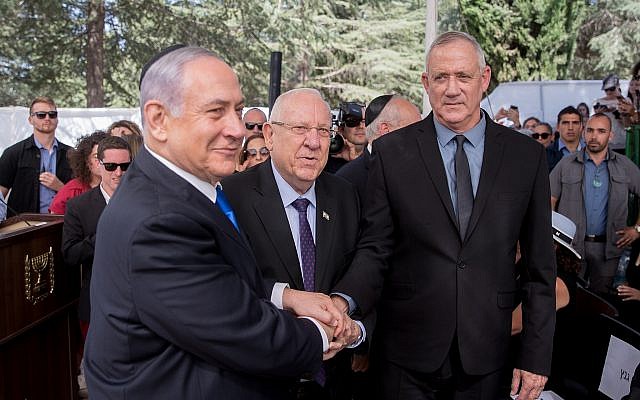 A poll published Friday indicated that almost two-thirds of Israelis would rather see the country’s rival political parties backtrack on election promises and compromise, rather than be plunged into a third election in a year.

A narrow majority also say Prime Minister Benjamin Netanyahu should step down as Likud leader to enable a unity government. The rival Blue and White party has offered to partner Likud in a coalition, but only if Netanyahu, who is embroiled in legal difficulties, steps down.

According to the Channel 12 survey, only 23% favored further elections to break the current political deadlock, with 63% wanting the rival Likud and Blue and White parties to compromise on their positions to enable a unity government.

The poll comes after negotiating teams for Likud and Blue and White met Friday morning for ongoing talks over a potential unity government between the two parties, but made little headway, with each side appearing chiefly concerned with avoiding any blame for a collapse of negotiations.

Some 33% blamed Netanyahu for the deadlock, compared to 20% blaming Blue and White leader Benny Gantz, and 25% holding the rivals equally to blame, the survey found.

Likud is refusing to compromise on including its entire, 55-seat ultra-Orthodox and right-wing bloc in a unity government, while Blue and White insists it won’t serve with Netanyahu, who faces indictments in three corruptions cases pending a hearing set for next week.

The survey found that 52% believe Netanyahu should stand down as Likud leader to enable a unity government to be formed, while 34% said he should not.

That rises to 59% should the Attorney General Avichai Mandelblit file an indictment against Netanyahu, the survey found. 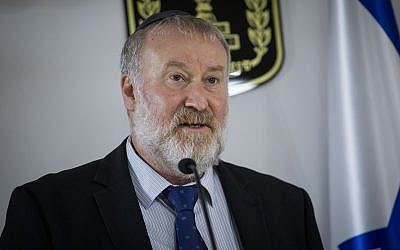 Netanyahu faces looming indictments for fraud and breach of trust in three criminal cases and bribery in one of them. One case involves gifts from wealthy associates, while the other two concern quid pro quo deals with news outlet owners in which Netanyahu allegedly promised regulatory favors in exchange for positive media coverage. He denies the allegations in all three cases.

The same survey found that 32% of respondents believe Gantz won the elections, 19% think Netanyahu won and 49% think neither leader won.

Blue and White received 33 seats to Likud’s 32. Neither has a majority to form a government without the other.

It also found 40% thought Gantz should serve first as prime minister in a unity government, with 38% preferring Netanyahu.

If Israel did head to new elections, 64% said their vote would not change, 11% said it would, and 11% said they wouldn’t vote.

The survey questioned a representative sample of 505 Israelis with a 4.4% margin of error. 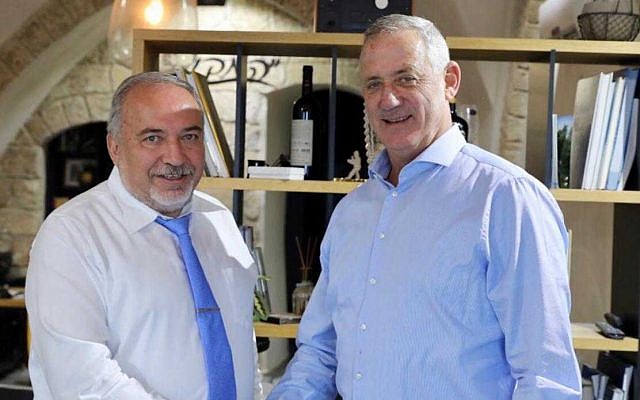 Gantz heads a bloc of 54 centrist, left-wing and Arab politicians. Three other Arab politicians are backing no prime ministerial candidate and Liberman, who insists on backing only a “liberal, nationalist” coalition including both Likud and Blue and White, holds the balance of power between the Netanyahu- and Gantz-led blocs.

TV reports on Friday said the prospect of Israel being forced to a third round of elections within 12 months was growing increasingly realistic, with Netanyahu inclined to announce as soon as next week that he cannot form a majority.

Both of Israel’s main TV stations reported that Netanyahu, who was charged by President Reuven Rivlin on Wednesday night with the task of trying to muster a Knesset majority, is set to announce as soon as next week that he cannot do so, blaming Gantz’s Blue and White for the failure.

Both Channels 12 and 13 said Netanyahu is set to “return the mandate” immediately after the Rosh Hashanah Jewish new year festival, which runs from Sunday evening to Tuesday night.