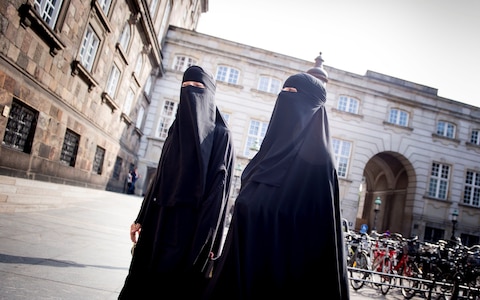 Women in niqab at Christiansborg Palace in Copenhagen after the vote banning face veils was passed CREDIT: REUTERS

The Danish parliament on Thursday passed a law banning the Islamic full-face veil in public spaces, becoming the latest European country to do so.

“Anyone who wears a garment that hides the face in public will be punished with a fine,” says the law, which was passed by 75 votes to 30.

Presented by the centre-right government, the legislation, which is to take effect on August 1, was also backed by the Social Democrats and the far-right Danish People’s Party.

Wearing a burqa, which covers a person’s entire face, or the niqab, which only shows the eyes, in public will lead to a fine of 1,000 kroner (£118). 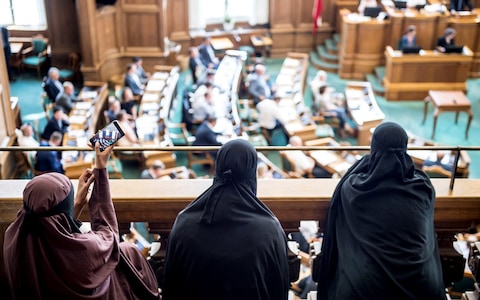 Women in niqab are pictured after the Danish Parliament banned the wearing of face veils in public, at Christiansborg Palace in Copenhagen CREDIT: MADS CLAUS RASMUSSEN/REUTERS

Repeated violations will be fined up to 10,000 kroner.

It is not known how many women wear the niqab and burqa in Denmark.

“I don’t think there are many who wear the burqa here in Denmark. But if you do, you should be punished with a fine,” Justice Minister Soren Pape Poulsen was quoted as saying by Ritzau news agency in February.

At a glance | Where burkas are banned