Since Independence folks in the marginalised and neglected northern regions have developed a depressing familiarity with drought and hunger. 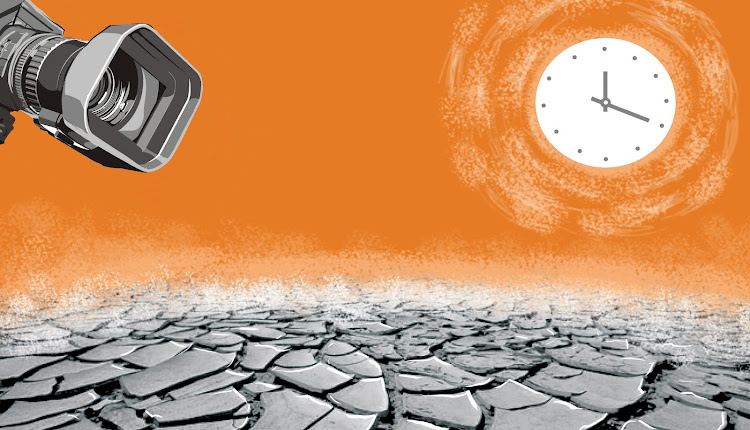 As a biting drought cuts a swathe of suffering across much of the north and northeastern parts of Kenya, imperilling nearly 1 million people, government officials and journalists were recently locked in an obscene public relations battle over whether anyone has actually died.

Despite the heart-wrenching pictures and footage of emaciated villagers that ran on newspaper front pages, flashing across TV screens and shared on social media, the officials continued to insist that the situation has been blown out of proportion.

“Yes, deaths have been reported. But the reports … have not linked [them] directly to drought… We’re not in an emergency,” declared the head of the National Drought Management Authority, whose mandate is precisely to ensure that drought does not result in disaster.

Yet the images Kenyans saw and the testimony of the people on the ground said different. Newspaper reports claimed at least 20 deaths from starvation across two of the worst-hit counties. It was repugnant that people forced to watch helplessly as their relatives slowly starved to death were being called liars by a government more focused on covering its backside.

The real reason why people are starving in Northern Kenya has little to do with rain or climate change and everything to do with a government, politicians and media that for decades have been indifferent to their plight.

The irony is that the tragedy had been predicted months before. In December, the Famine Early Warning Systems Network, which monitors food insecurity across more than 36 countries, warned that poor households in the northern counties would experience heightened food insecurity in February and March. This, however, did not spur any concerted action to avert the suffering, despite there being more than enough food in the country to feed everyone.

In fact, at the time, President Uhuru Kenyatta’s administration was steeped in a scandal over the irregular importation of maize, the country’s staple, which had flooded the market and precipitated losses among farmers. None of that maize, it seems, made it to where it was urgently needed.

In the decades since Kenya gained independence, folks in the marginalised and neglected northern regions have developed a depressing familiarity with drought and hunger.

According to the Institute for Security Studies, the drought cycle has reduced over the years, from once every decade, “to every five years, further down to every 2-3 years, and currently every year is characterised by some dry spell.” While this is attributable to factors, such as climate change, that are largely beyond the government’s control, the accompanying food crises are not.

Although adequate information exists to predict and thus avoid food shortages, the government has eschewed forward planning in favour of emergency interventions once crises are underway. Further, there has been little in the way of long-term measures to build resilience within communities or even to integrate the remote regions into the country’s food economy, which would allow surpluses in other areas to flow there.

One study, for example, notes that poor infrastructure means transport costs account for nearly two-thirds of the cost of maize and that “maize moving from surplus to deficit regions is levied multiple local taxes for traversing different local government municipalities”.

Following the humanitarian crisis that hit the Horn of Africa region in 2011, Kenya committed itself to ending drought-related food emergencies by 2022, yet three years to that deadline, officials are still blaming the weather.

It was ironic for Eugene Wamalwa, the Cabinet Secretary under whose docket this falls, to claim the government now wants to “focus more on resilience,” as if the government had not had a decade to do that.

The Kenya Red Cross also came in for a bit stick after it asked Kenyans for donations to feed the hungry. In reality, such appeals, when unaccompanied by demands for accountability for the governance failure that makes the crises possible, have only served to keep people chronically vulnerable to hunger by substituting charity for policy action.

“Famines are easy to prevent” declared the Nobel laureate Amartya Sen. So are drought-related emergencies “if there is a serious effort to do so, and a democratic government, facing elections and criticisms from opposition parties and independent newspapers, cannot help but make such an effort”.

In the end, the real reason why people are starving in Northern Kenya has little to do with rain or climate change and everything to do with a government, politicians and media that for decades have been indifferent to their plight. In challenging the government’s narrative, the media was perhaps attempting to atone for its part in this. But it was too little, too late.