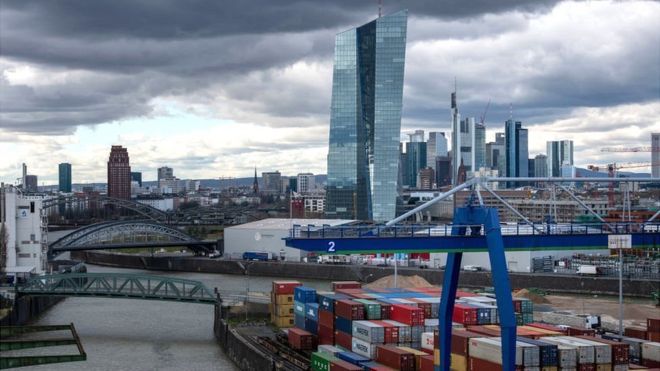 Stormy times ahead for the eurozone’s economic powerhouse? -Getty Images

Concerns are growing over the strength of Germany’s economy – the largest in the eurozone – following the release of more gloomy official figures.

Industrial production in April fell by 1.9% compared with the previous month and exports were 0.5% lower than a year earlier.

The bank is now predicting growth of just 0.6% for this year, compared with a forecast of 1.6% it made in December.

The Bundesbank actually predicts a small decline in economic activity in the current quarter, though it expects growth to bounce back somewhat next year to 1.2%.

Germany is especially exposed to the uncertainty that is affecting international trade.

It is a manufacturing powerhouse and sells a large share of what it produces abroad. Only the much larger economies of the United States and China export more goods.

China’s economic slowdown has made its mark on Germany. It is an important market for German industry. 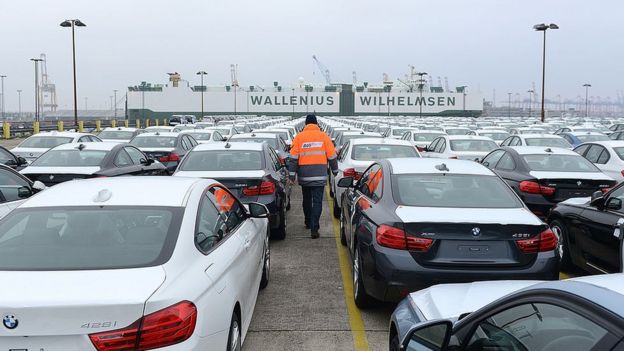 There is also what the Bundesbank calls a “muted outlook” for trade more generally.

The bank says disputes are weighing on global commerce.

That is a reference to the policies pursued by the Trump administration. Europe has been affected by the tariffs on steel and aluminium which the US imposed because, the US administration argued, imports of the metals were undermining national security.

Germany especially will be exposed if the US decides to impose additional tariffs on car imports, something President Trump is considering.

There is also a wider impact on confidence about international trade resulting from the tariff increases that the US and China have imposed on one another.

Rate cuts on the horizon?

These clouds over Germany were to some extent reflected in moves made on Thursday by the European Central Bank (ECB).

The ECB indicated that its ultra-low interest rates are likely to remain in place until at least mid-2020, six months longer than the guidance it had given previously.

Some members of the ECB’s policymaking committee also raised the possibility of further cuts in interest rates or a resumption of the bank’s quantitative easing programme, buying financial assets with newly created money.

The Bank’s president, Mario Draghi, said that the probability of a recession was very low. His explanation for the moves focused more on the eurozone’s persistently low inflation, which is currently below the Bank’s target of below, but close to, 2%.

It is worth remembering that Germany has very low unemployment – almost the lowest of the developed economies.

That said, it doesn’t bode well for the eurozone more widely that its largest economy is having a weak patch.