EMMANUEL MACRON’s attempts to build an ever-closer European Union with a common EU army could fail due to concerns France has sparked among smaller countries, security expert Alexandre Vautravers has said.

Emmanuel Macron has been one of the most outspoken proponents of a European Union-wide army to help the bloc stop relying on military support from the United States. But security expert Alexandre Vautravers has warned the French president his eagerness could actually backfire as smaller EU countries are growing “concerned” about the implications of such a project. Speaking to France 24, Mr. Vautravers said: “European countries, perhaps some of the smaller countries, are concerned with the fact that France – which has been an extremely interventionist country throughout the world – would be placed essentially at the helm of such a foreign policy of defense and security.

“There are many neutral countries within the European Union – how would this affect their constitution? Another problematic is nuclear weapons.”

Mr Vautravers continued: “The previous initiative by President Macron has been to tie, link closer, the French with the German seat at the UN Security Council, or having the possibility to share it, and this was linked to the possibility of sharing strategic forces which means nuclear deterrence capabilities that are in the hands of France.

“That would technically constitute a violation of the nuclear non-proliferation treaty.” 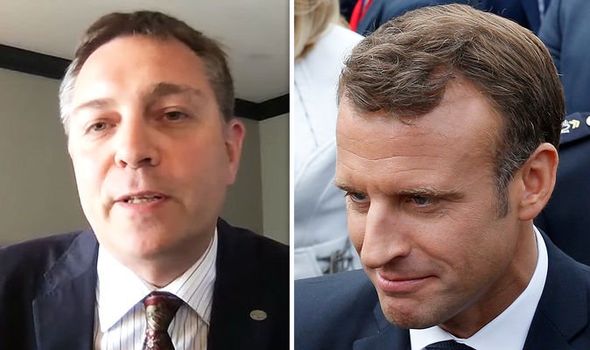 Macron has been warned his plans for a EU Army have sparked “concerns” (Image: FRANCE 24•GETTY) 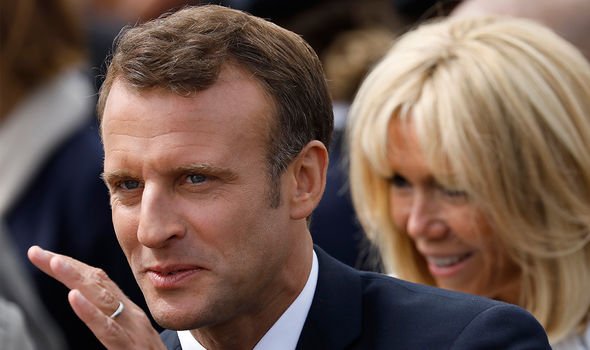 Macron has long been calling for a united military front in Europe (Image: GETTY)

The security expert added: “A number of countries are very concerned because it’s not clear what this initiative is going to look like in one year’s time or five year’s time.”

Mr. Macron last year claimed the EU would not be “protected” until all European Union members states agreed to the need for a “real European army”.

Speaking to Europe 1 to defend his support for the EU Army project, the French President said in November: “I believe in a project of a sovereign Europe, a powerful Europe.

“We won’t protect Europeans if we don’t settle on having a real European Army.” 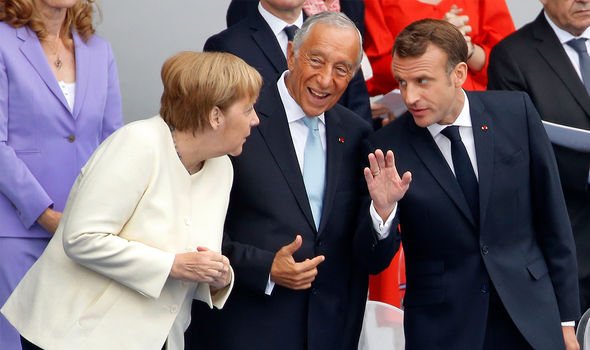 Macron had previously attempted to secure the support of Germany at the UN (Image: GETTY)

Despite the concern Mr. Vautravers highlighted, it has been suggested the Ursula von Der Leyen, currently, Germany’s Defence Minister and a top candidate to take over the European Commission leadership at the end of Jean-Claude Juncker‘s term, could turn out to be a powerful ally to Mr. Macron.

Brexit Party MEP Michael Heaver told podcast Brexbox: “I do think it’s significant the fact that she’s the German Defence Minister. I think that shows clearly, and we’ve heard it from Emmanuel Macron and Angela Merkel: a full EU army; that’s what they’re focusing on.

“And that’s, I think, why they’re trying to bring her in.”

Ms von der Leyen has expressed her support for strengthening military cooperation across the EU but also insisted a European force would not compete with NATO.