The attempt to massacre Jews inside a synagogue stokes renewed concern about rising far-right extremism and questions about the police response. “It’s not easy being openly Jewish in Germany, [but] the main message is we can’t give up. We won’t give up on Jewish existence in Germany,” says a Jewish worshipper to Israel Radio. 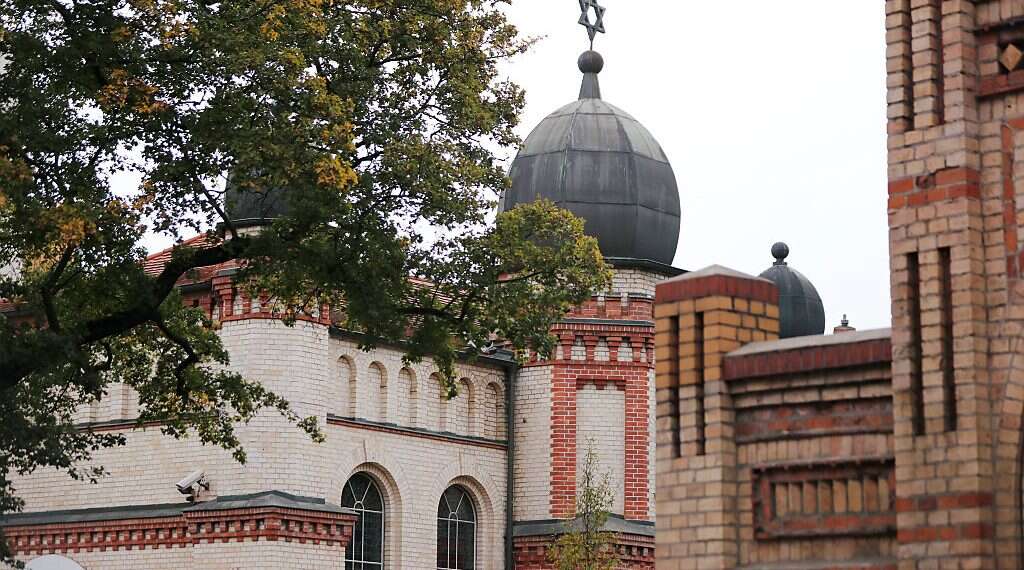 A view of the synagogue in Halle, Germany where an attack took place | Photo: Reuters/Fabrizio Bensch

Top German officials headed Thursday to the scene of an attack on a synagogue in the city of Halle, seeking to reassure an unsettled Jewish community after members saw a man trying to break into their house of worship on Judaism’s holiest day, Yom Kippur.

The attack, in which two people were killed outside the synagogue and in a kebab shop, stoked renewed concern about rising far-right extremism and questions about the police response.

The head of Germany’s Jewish community, Josef Schuster, called the absence of police guards outside the synagogue on Yom Kippur “scandalous” as members of the congregation described waiting behind locked doors for the police to arrive, which took more than 10 minutes.

The assailant – a German citizen identified by prosecutors as Stephan B., firing what appeared to be homemade weapons – tried and failed to force his way into the synagogue as around 80 people were inside, then shot and killed a woman in the street outside and a man at a nearby kebab shop.

The attack, with the gunman ranting about Jews and denying the Holocaust in English, was live-streamed on Twitch, a popular gaming site.

The head of the city’s Jewish community, Max Privorozki, was among those inside who watched the man trying to break in on monitors linked to a surveillance camera. “We saw everything, also how he shot and how he killed someone,” he said.

“I thought this door wouldn’t hold,” Privorozki said outside the damaged door. 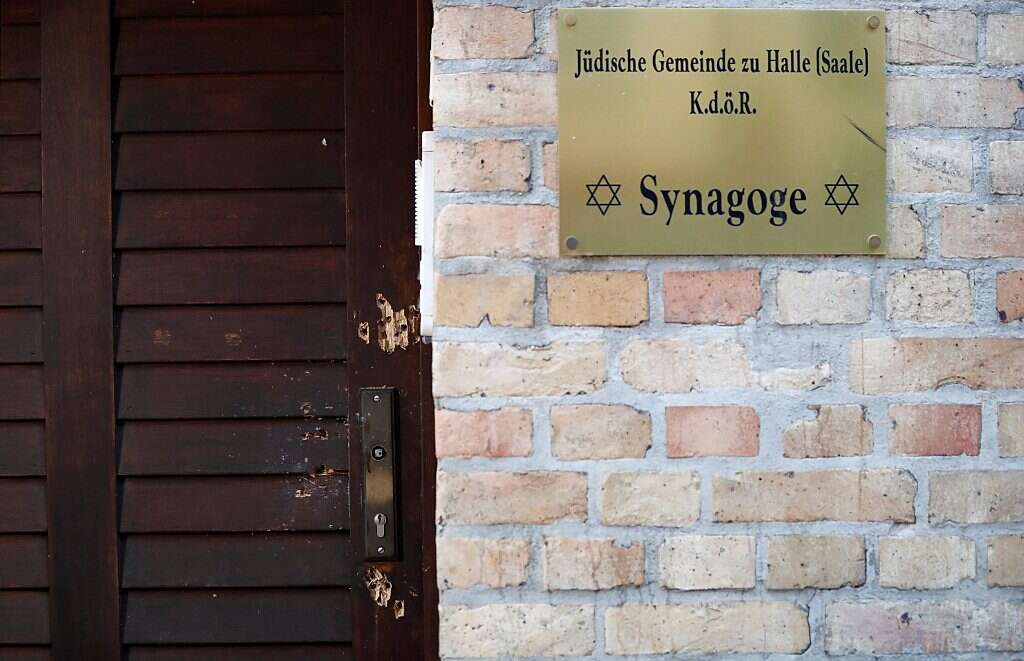 The damaged door of the synagogue in Halle, Germany after two people were killed in a shooting | Photo: Reuters/Fabrizio Bensch

“That was a shock for us, that was Yom Kippur, all phones were switched off, we had to understand what was going on first – then switch on my phone and then call the police,” he said. “It was really panic but I have to say after that, when the police came, we continued with the worship service, that lasted another three hours, the synagogue worship service.”

The worshippers were brought out on buses several hours later. A video posted by a reporter for Channel 11 News showed people on a bus dancing, embracing and singing.

A worshipper who was at the synagogue, identified only as Christina, told Israel Radio that “it’s not easy being openly Jewish in Germany,” but “the main message is we can’t give up. We won’t give up on Jewish existence in Germany.”

German President Frank-Walter Steinmeier laid flowers outside the synagogue and met with community representatives, the first of several officials who were due to visit. 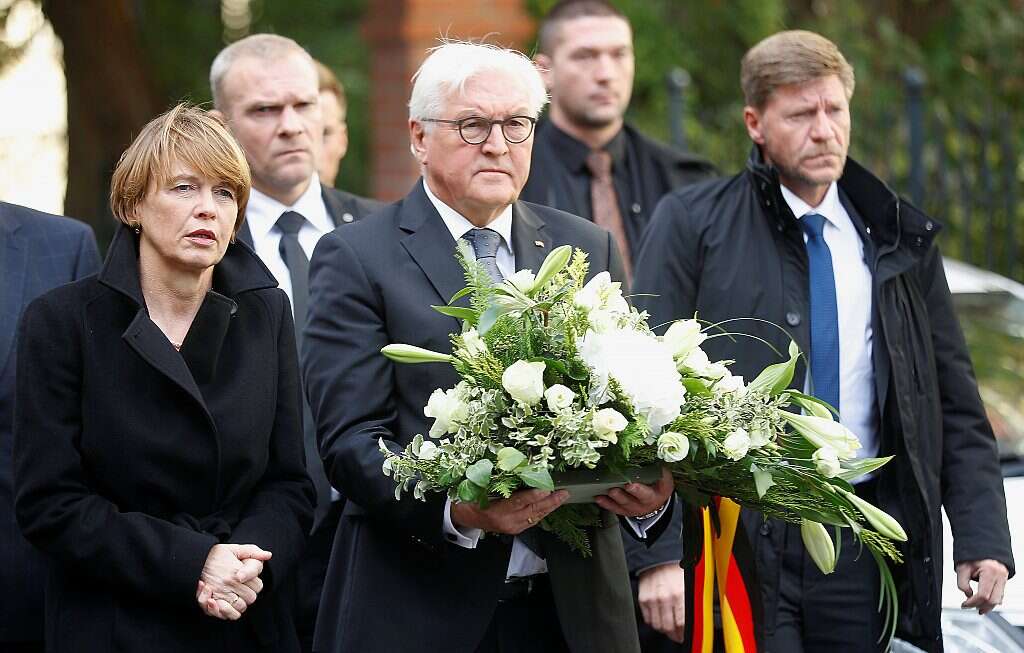 Ahead of the visit, Schuster was sharply critical Wednesday night of the lack of a police presence outside. “I am convinced that if there had been police protection there, in all probability the assailant would not have been able to attack a second site,” he said.

Christoph Bernstiel, a local councilor who also represents Halle in the national parliament, told n-tv television that there will be a careful examination of how long the response took, “but at this point, it would be too early to draw premature conclusions.”

Synagogues are often protected by police in Germany and have been for many years amid concerns over far-right and Islamic extremism. There has been rising concern lately about both anti-Semitism and right-wing extremism.

In June, Walter Lübcke, a regional politician from Chancellor Angela Merkel’s party, was fatally shot at his home. Lübcke was known for supporting the welcoming refugee policy that Merkel adopted during an influx of migrants in 2015. The suspect is a far-right extremist with a string of convictions for violent anti-migrant crimes.

Joachim Herrmann, Bavaria’s state interior minister, accused members of the nationalist, anti-migrant Alternative for Germany party of helping stir up anti-Semitism, an accusation the party rejected. Some figures in the party, which entered the national parliament in 2017, have made comments appearing to downplay the Nazi past.

The video streamed on Twitch, which apparently was filmed with a head-mounted camera, showed the perpetrator driving up to the synagogue in a car packed with ammunition and what appeared to be homemade explosives. 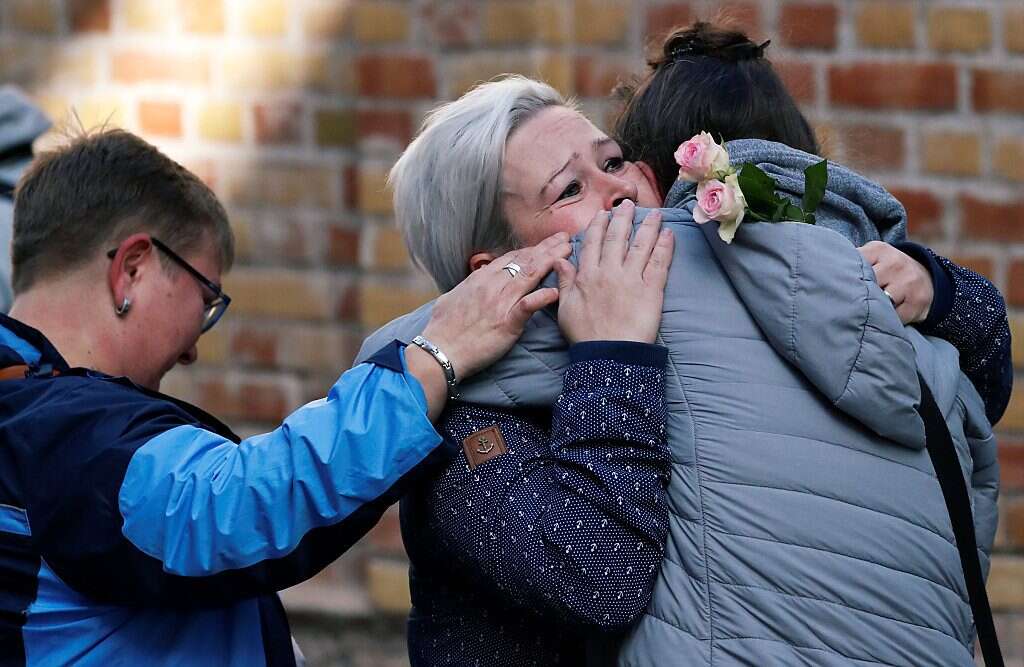 People mourn outside the synagogue

He tried two doors and placed a device at the bottom of a gate, then fired at a woman trying to walk past his parked car. The assailant then fired rounds into the synagogue’s door, which didn’t open. He drove a short distance to park opposite the kebab shop. He fired at what appeared to be an employee, while customers scrambled away.

What appeared to be a manifesto also appeared online, according to Rita Katz, the head of the SITE Intelligence Group.

Life for refugees in Greece is already fraught with uncertainty and hardship, but fears have...

Not only have all the patients survived, according to Pluristem, but four of them showed...

The drug, called opaganib, was designed to have anti-cancer, anti-viral and anti-inflammatory properties. It has...