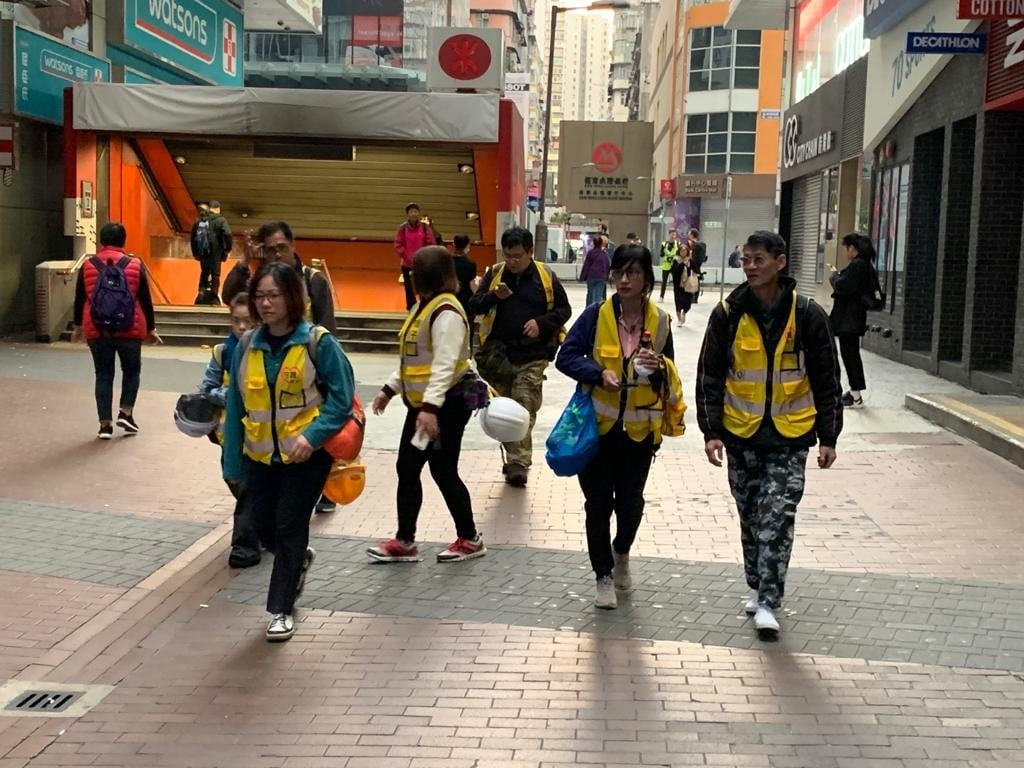 Protesters mostly stayed at home on Monday, ignoring calls for a citywide strike as Hong Kong marked the six-month anniversary of anti-government unrest.

There was no disruption on the city’s roads, and only three minor incidents on the rail network, with just one causing a temporary suspension of services.

A day after organizers estimated that 800,000 people took to the streets for a largely peaceful rally, only a handful returned on Monday morning, and commuters were able to head to work as normal.

There were reports of three incidents involving objects thrown on to railway lines between 5 am and 7 am, and a rubbish bin thrown on to tracks near Sha Tin MTR station caused services to be briefly suspended. Protester Gel arrived in Mong Kok for Monday’s strike and was disappointed by the response. Photo: Victor Ting

At least one man was arrested after being chased after by officers.

In busier parts of the city, such as Mong Kok, Wan Chai, and Causeway Bay, handfuls of protesters could be seen milling about, while some riot police were stationed nearby.

A group of about six men attempted to block Nathan Road in Mong Kok by placing rubbish in the road but fled when riot police emerged.

At the junction of Argyle Street and Nathan Road, someone pressed the emergency button on a moving bus, forcing the driver to briefly pull over and temporarily suspended the service. 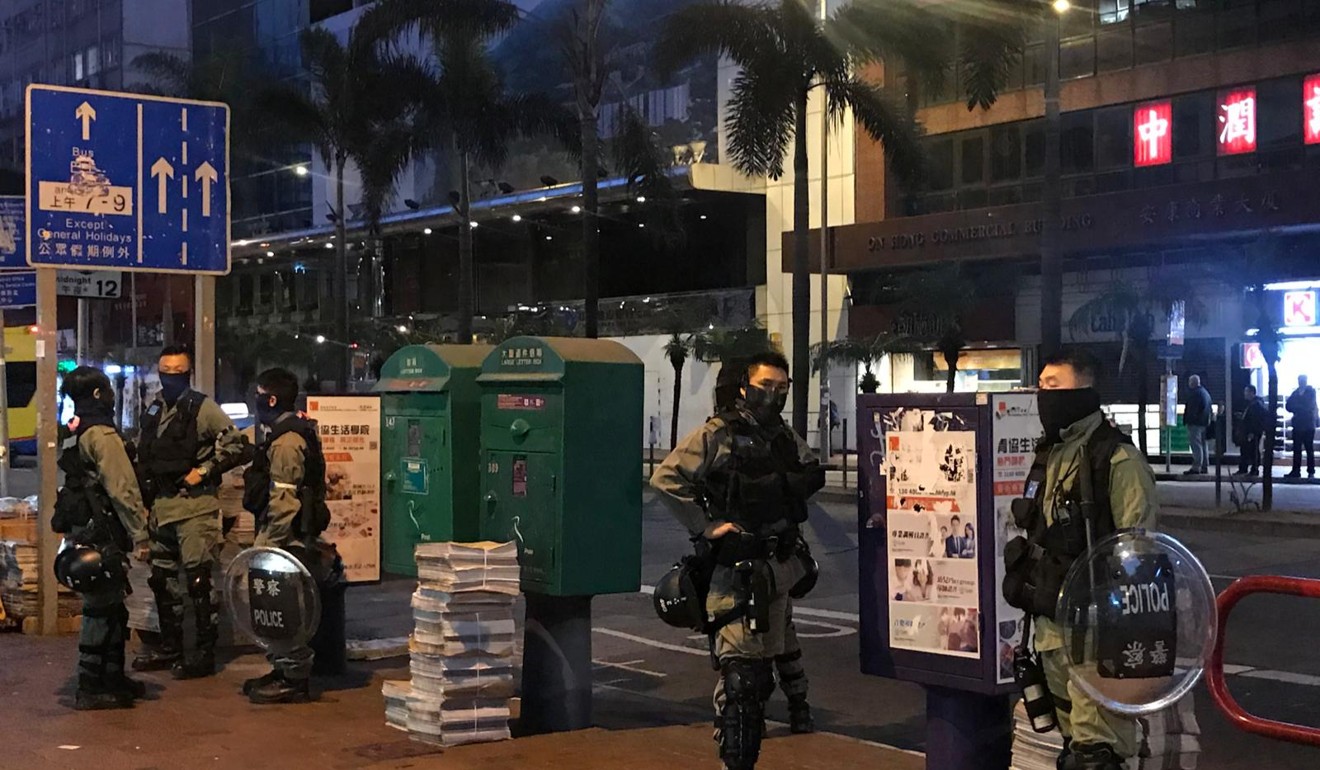 Riot police stand around in Wan Chai to see if any protesters will try and block traffic. Photo: Chan Ho-him

University student Gel, 20, was among the few appearing in Mong Kok at 6 am with her classmate. She said the small turnout in the morning might be down to everyone’s exhaustion from the march on Sunday.

“800,000 people [according to the front’s estimation] marched yesterday six months after the movement started. And some of us stayed late in Mong Kok last night,” she said.

“I am a little disappointed, but I understand the movement may have a readjustment period after the [pro-democracy camp’s]

landslide victory [3]  at the district council elections [4]. It might take more police brutality to emerge again to trigger and mobilize more people to come out again.” A Form Two student surnamed Lau said she had planned to block roads in Wan Chai, and had arrived at around 6 am, only to find no protesters, but lots of riot police and reporters.

The 14-year-old was disappointed there had been no action in the morning, after staying up all night to make sure she woke up on time. She felt the momentum among protests had dwindled after the elections and the passing of the Hong Kong Human Rights and Democracy Act [5]  in the United States.

“I feel like many people have given up … we will lose if this continues and the government will win,” she said.

But she said she would boycott classes at school for the whole day with permission from her parents, her third time boycotting classes since schools started in September.

The march was largely peaceful until nightfall when some radical protesters allegedly hurled petrol bombs at the entrance of the High Court and Court of Final Appeal.

Protesters announced online on Sunday night that they would paralyze traffic if the government did not respond to their five demands, including an independent inquiry into police use of force at protests.

Monday marks the six-month anniversary of the start of the protests on June 9, when an estimated 1 million people took to the streets to oppose the now-withdrawn extradition bill [6].