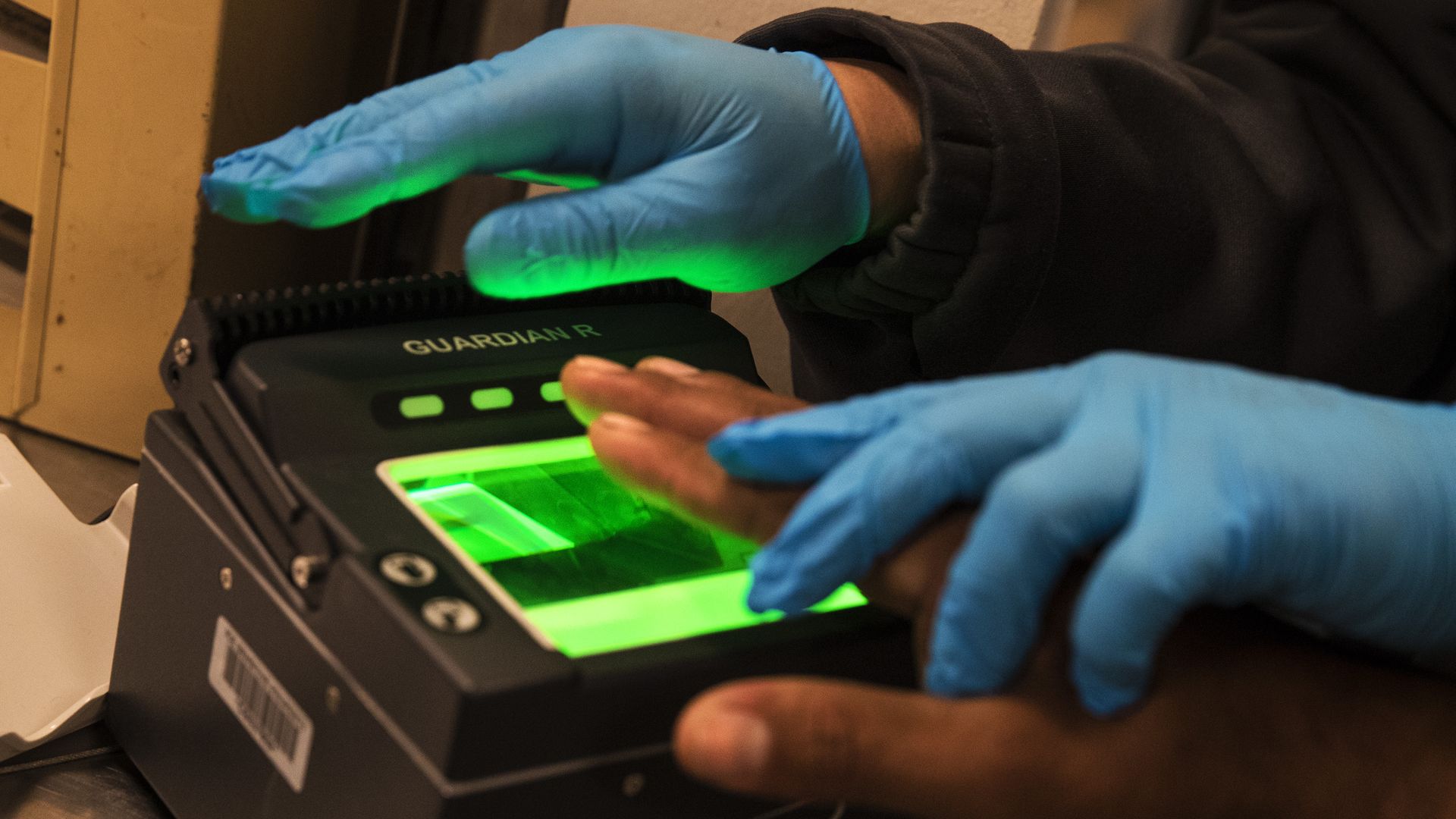 Immigration and Customs Enforcement (ICE) officials have been tasked since January with fingerprinting teens in child migrant shelters who entered the country without their parents, BuzzFeed News reported and Axios confirmed.

Why it matters: ICE says the data collection is for the children’s protection, but it also comes as immigration agencies have ramped up their collection of migrant biometric data.

More than 7,800 child migrants released from shelters overseen by the Department of Health and Human Services (HHS) to family members or other “sponsors” have not shown up for immigration court hearings and have “disappeared,” a senior ICE official told Axios in a statement.

The big picture: Over the last year, the Trump administration has taken multiple steps to ramp up the amount of biometric data they collect on migrants — enabling them to more carefully track and, when necessary, quickly deport unauthorized immigrants.

Between the lines: The trend points to immigration enforcement officials’ frustration at how little information HHS collects — or verifies — before releasing a migrant child to a sponsor.

The other side: HHS told Axios in a statement that it has extensive vetting processes that do not allow migrant minors to be released to “known fugitives” and that they provide ICE with the address and name of each released child’s new caretaker.