N. Korean leader refrains from remarks directed toward US. 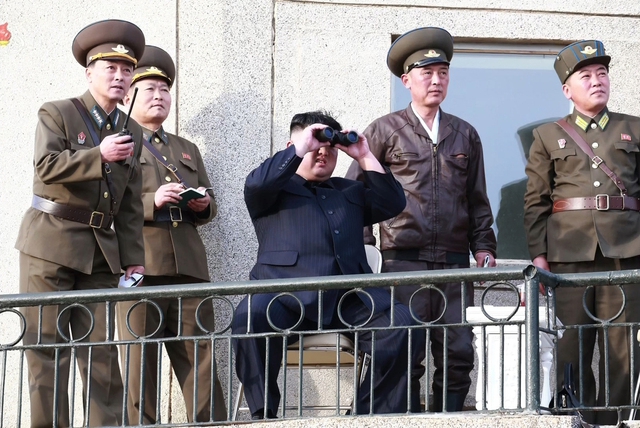 North Korea’s state-run newspaper the Rodong Sinmun reported on the front page of its Apr. 18 edition that North Korean leader Kim Jong-un had “attended and supervised a test-fire of a new-type tactical guided weapon during a visit to the North’s Academy of National Defense Science on Apr. 17 and quoted him as remarking that “there’s no weapon we couldn’t make if we set our minds to it.” Since Kim carried out “on-the-spot guidance” at Sinchang Fish Farm and flight exercises by Unit 1017 of the Korean People’s Army Air and Anti-Air Force (KPAAF) on Apr. 16, this was the second day in a row that he attended a military activity.Many observers believe that Kim’s actions are aimed at reassuring his domestic audience that everything is fine with the country’s defense, following his admission to the public during a speech to the Supreme People’s Assembly on Apr. 12, an event heralding the second phase of his rule, that the North Korea-US summit in Hanoi had concluded without an agreement. These actions also send a low-key military message to the US and its allies. 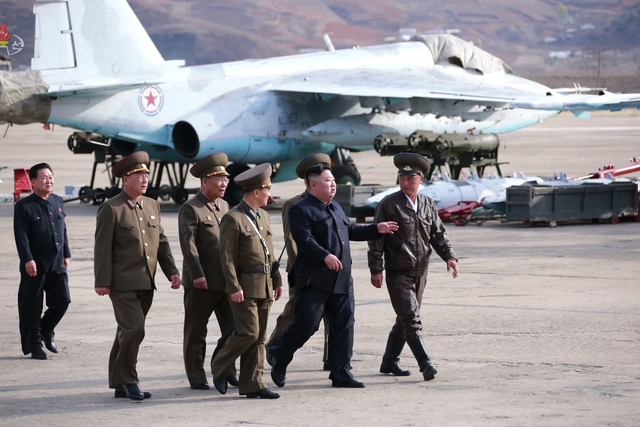 This was the first time in five months that Kim has supervised the test of cutting-edge weaponry, since the Rodong Sinmun reported in a lead story on Nov. 16, 2018, that Kim had “supervised and guided a test-fire of a new-type tactical guided weapon” at the Academy of National Defense Science testing ground. But it was unrelated to the nuclear weapons and long-range ballistic missiles that have a direct bearing on affairs on the Korean Peninsula, including North Korea-US negotiations.supervised and guided a test-fire of a new-type tactical guided weapon Coverage in the Rodong Sinmun suggests that Kim didn’t make any remarks aimed at the US or other foreign powers during the flight drills on Apr. 16 or the tactical weapon test launch on Apr. 17. The Rodong Sinmun and the Korean Central News Agency (KCNA) broke with precedent by not publishing any photographs of Kim’s attendance at the test firing. The Rodong Sinmun ran coverage of Kim’s visit to the Sinchang Fish Farm on its front page and his supervision of the test firing on the second page, placing economic matters ahead of military ones. This suggests that North Korea is attempting to moderate its message to the US and other foreign powers, despite these military gestures. 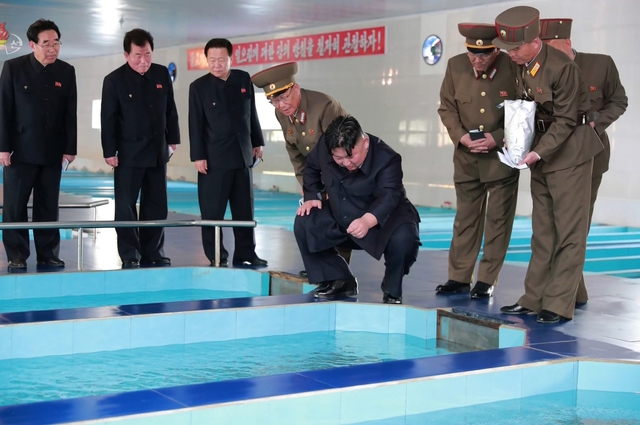 The new tactical guided weapon whose test firing Kim observed and supervised is presumed to be a short-range missile with a more destructive warhead and a more precise guidance system. While this hasn’t been confirmed by South Korea’s military authorities, the missile doesn’t appear to have been detected on South Korean radar, suggesting that the test didn’t involve a ballistic missile launch. Other analysts think that the missile was identical to the “cutting-edge tactical weapon” that was tested under Kim’s watch in November 2018.“It’s possible to conclude that last time was a simulation test and that this time was a test launch,” said an official in the military.