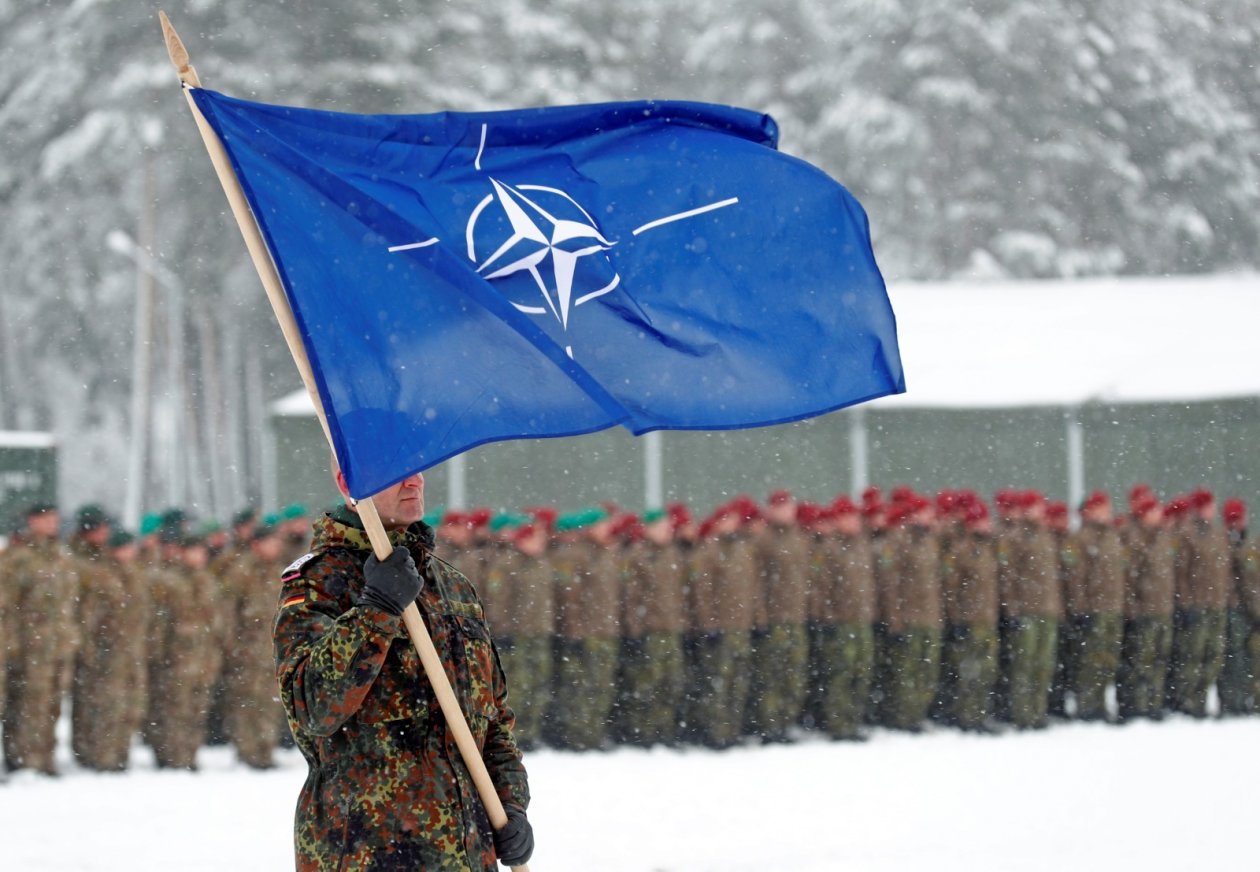 The modern German armed forces, or Bundeswehr, were created just ten years after the end of World War II. Cold war tensions and the presence of Soviet troops in East Germany, Czechoslovakia and Poland made a West German defense force necessary.

The Bundeswehr eventually grew to one of the largest, well-equipped armed forces in the world, boasting twelve combat divisions, hundreds of combat aircraft in the Luftwaffe (German Air Force), and a formidable force of surface ships, submarines, and maritime aircraft in the Bundesmarine (Navy).

The end of the Cold War and the withdraw of the Red Army from Eastern Europe was a boon for European security. The National Volksarmee of East Germany and the Bundeswehr merged into a new national army. Inventories of ships, aircraft and armored vehicles were cut by up to seventy-five percent, and the German defense budget was cut further. Germany now spends just 1.2% of GDP on defense, far below the NATO recommended 2%.

In the past year, numerous articles have arisen demonstrating the Bundeswehr’s lack of readiness. Fixed-wing aircraft, helicopters, and other vehicles have been grounded due to lack of spare parts, bringing readiness rates below 50%.

Indeed, Germany’s military, while armed with some of the world’s most deadly weapons, faces some tremendous challenges. Below are five weapons platforms that in normal times would be truly deadly, however, face some very basic challenges if ever needed in combat, mostly due to a massive lack of underfunding and other problems.

In the 1980s, the UK, France, Germany, Italy, and Spain teamed up to begin development of the Future European Fighter Aircraft, or FEFA. The first flight of what would become the Eurofighter Typhoon was in 1994, and Germany accepted its first Eurofighter in 2003. Budget cuts mean that the Luftwaffe will probably accept its last fighter sooner than anyone thought.

The Eurofighter is likely the best non-fifth-generation fighter in existence. A combination of excellent maneuverability, powerful engines, AESA radar, infra-red search, and track sensor, and AMRAAM and Sidewinder missiles make Eurofighter a tough opponent in the air. Eurofighter’s air to ground capability is growing, and the Luftwaffe’s fighters have the ability to carry unguided bombs, laser-guided bombs, and Taurus cruise missiles.

Germany was originally buying 180 Eurofighters, but a canceled purchase in 2014 means only 143 fighters will be acquired. As of October 2014, only 42 of 109 Eurofighters were in flying condition, the rest grounded by lack of spare parts. At the same time, Germany reportedly halved annual flying hours for aircrews, fearing that the fuselage would become unstable.

Another fighter developed by a European defense consortium, the Tornado was developed by the United Kingdom, Italy, and Germany. Designed to penetrate enemy defenses by going in low and fast, the Tornado was one of the last swing-wing fighter jets. Since the end of the Cold War, however, the Tornado forces have suffered from chronic underfunding.

The Luftwaffe eventually acquired both the IDS (Interdiction/Deep Strike) and ECR (Electronic Combat and Reconnaissance) versions of the plane. During the Cold War, Germany’s Tornado attack jets were assigned the mission of bombing Warsaw Pact targets, particularly airfields. In the years since German reunification, Luftwaffe Tornados conducted aerial reconnaissance missions over Kosovo and Afghanistan.

The German Navy and Air Force received a total of 357 Tornado aircraft. Their numbers reduced after the Cold War, Germany plans to keep the remainder in service until 2025 or beyond. Like other German weapon systems the Tornados are underfunded and of August 2014, only 38 of 89 were operational.

Developed in the 1970s by Krauss-Maffei as a replacement for the Leopard I, the Leopard II tank is still one of the best main battle tanks in existence. A logical extension of German postwar tactical doctrine, the Leopard II prioritized speed and firepower, making a highly mobile tank capable of exploiting changes on a fluid European battlefield. First fielded in 1979, the Leopard II is still in service today. Unfortunately, there are way too few of them.

The latest version of the Leopard II, the Leopard IIA7, incorporates a whole slew of upgrades meant to keep the tank viable until the 2030s. The A7 model features a longer barrel version of the same 120mm smoothbore gun, a third-generation thermal sights, increased composite armor protection, and an auxiliary power unit to run electronics without having to run the tank engine.

In the 1990s, the Bundeswehr replaced the Heckler and Koch G3 battle rifle with the G36 assault rifle. A new design using a lighter, NATO standard 5.56-millimeter bullet, thirty round magazines, and integrated optics, the G36 was supposed to increase the firepower of German infantryman while lightening his load. 176,000 rifles were purchased.

After the Bundeswehr began deploying to Afghanistan it was discovered that the G36 was losing accuracy in combat. G36 rifles became inaccurate after sustained firing — a problem that may not have been obvious to a peacetime army. Still, it’s difficult to see how the defect was not noticed sooner.

After admitting the rifle was inaccurate, Defense Minister Ursula von der Leyen announced the rifle had “no future” in the Bundeswehr. The German Defense Ministry has just announced the procurement of 600 HK417 assault rifles, to be issued by mid-2016. The HK417 is also built by Heckler and Koch.

Last February, Panzergrenadier Battalion 371, based in Marienburg, was participating in a NATO exercise in Norway. News quickly spread that the battalion, part of NATO’s Rapid Reaction Force, suffered from a shortage of pistols and night vision goggles. A shortage of MG3 machine guns meant broomsticks were painted black and pressed into service to simulate them. A new report states that the situation was even worse: Panzergrenadier Battalion 371 had to borrow 14,371 pieces of equipment from a total of 56 other Bundeswehr units… and it was still short on equipment.

If a high priority NATO tasked unit was short over 14,000 pieces of equipment, it calls into question how deep the rot in the Bundeswehr goes—and Germany’s commitment to the alliance.

Kyle Mizokami is a defense and national-security writer based in San Francisco who has appeared in The Diplomat, Foreign Policy, War is Boring and The Daily Beast. In 2009 he cofounded the defense and security blog Japan Security Watch. You can follow him on Twitter: @KyleMizokami. This article first appeared in 2015.