An island volcano erupted while tourists were visiting on Monday in New Zealand’s Bay of Plenty. 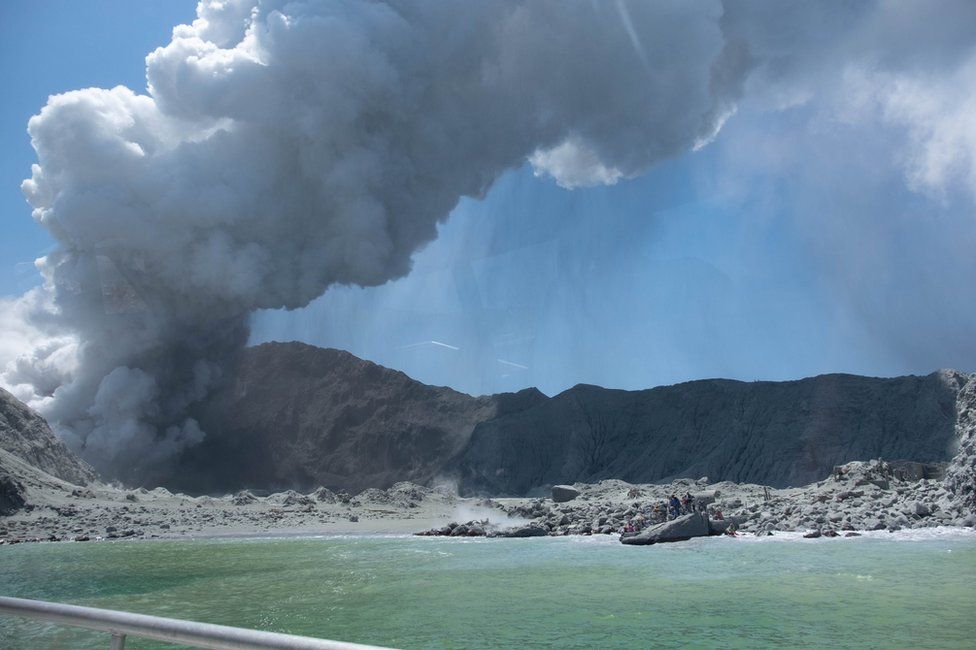 By Tuesday, six people were confirmed dead. Eight others were feared to have died and about 30 have serious burns. 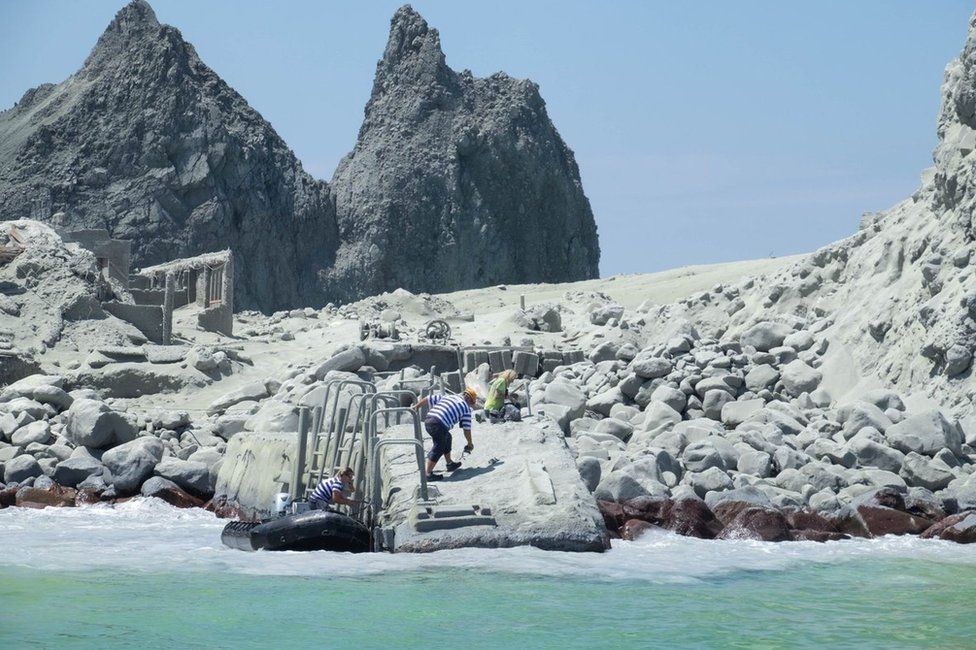 Tourist Michael Schade tweeted pictures of the eruption (seen above and below), saying: “My god, White Island volcano in New Zealand erupted today for first time since 2001.

“My family and I had gotten off it 20 minutes before, were waiting at our boat about to leave when we saw it.”

Tour guides could be seen evacuating people minutes after the eruption. 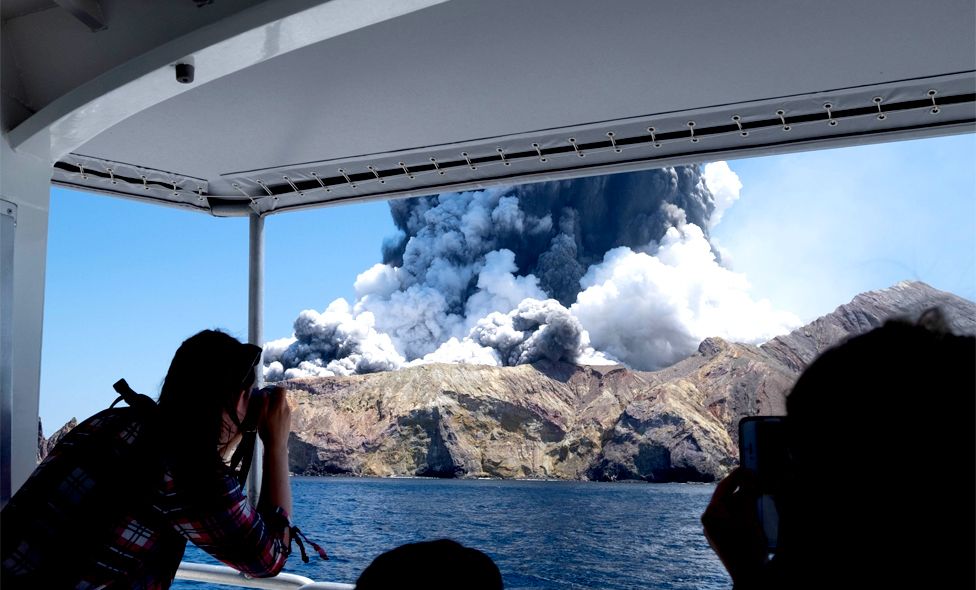 A photo taken by the Auckland Rescue Helicopter Trust, below, shows the volcano from the air. 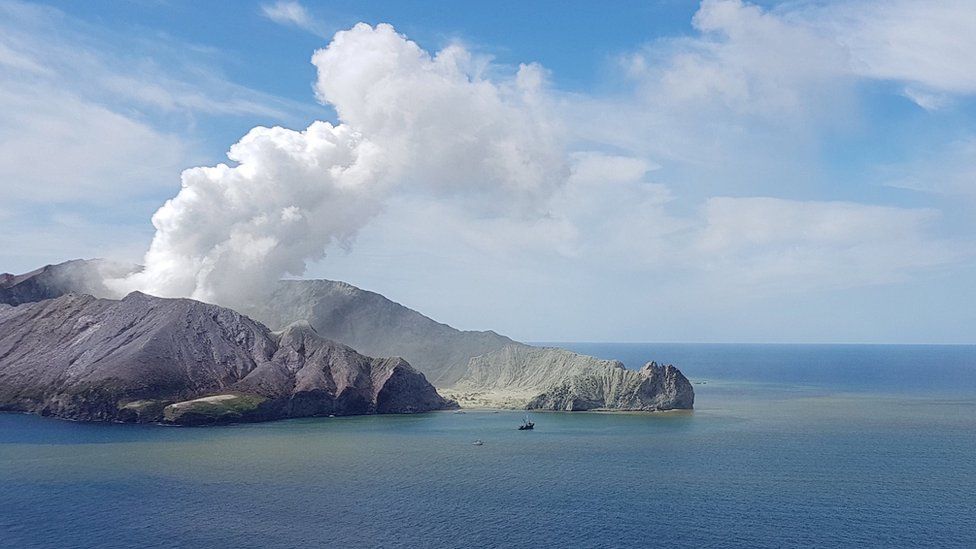 A video released by New Zealand’s Institute of Geological and Nuclear Sciences (GNS), screenshot seen below, shows the volcano spewing steam and ash.

A combination photo from GNS, below, shows the volcano shortly before and after the eruption. 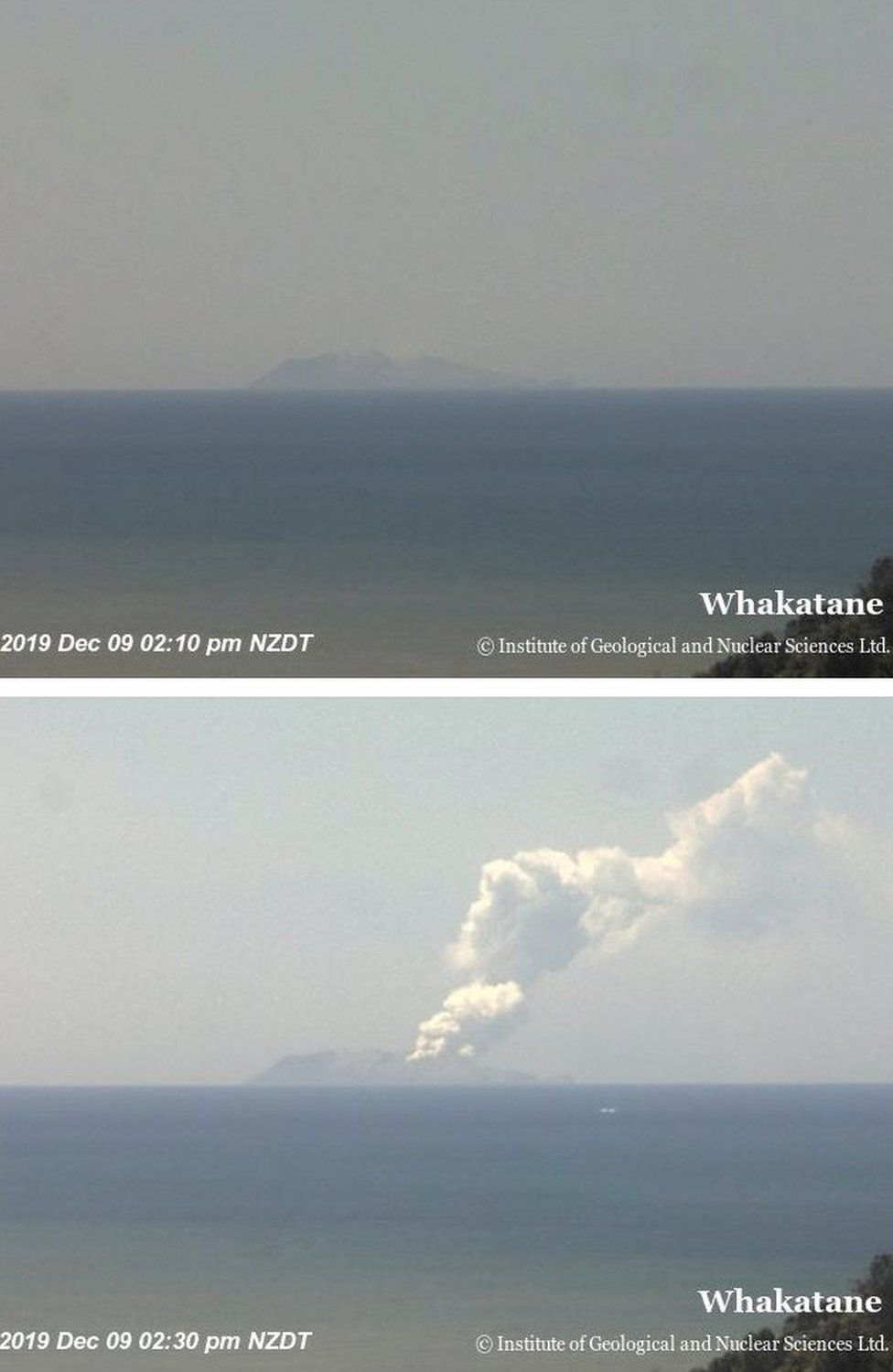 Coastguard rescue boats are seen, below, next to a marina near Whakatane, about 40km (25 miles) south of White Island. 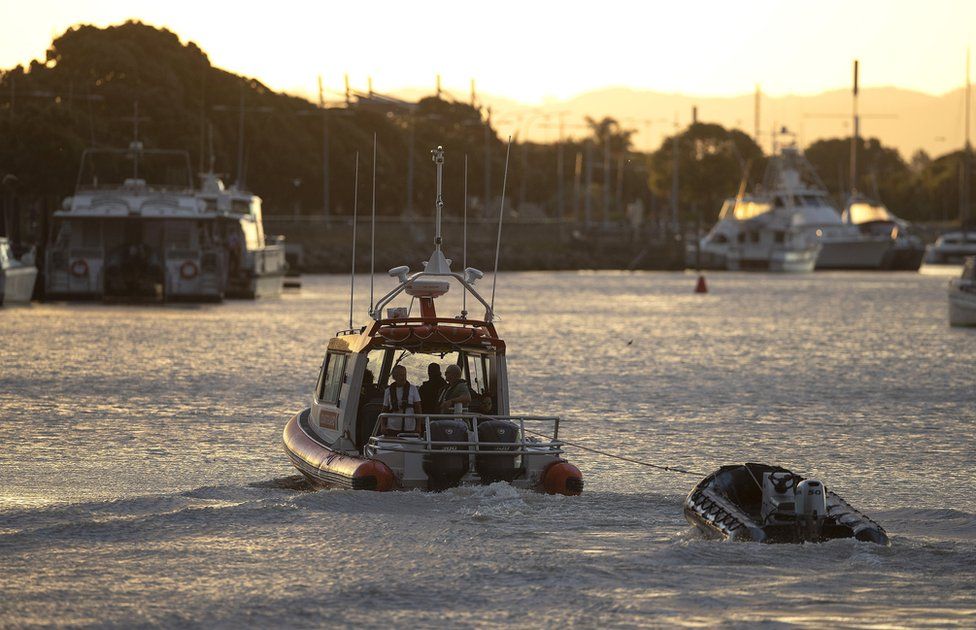 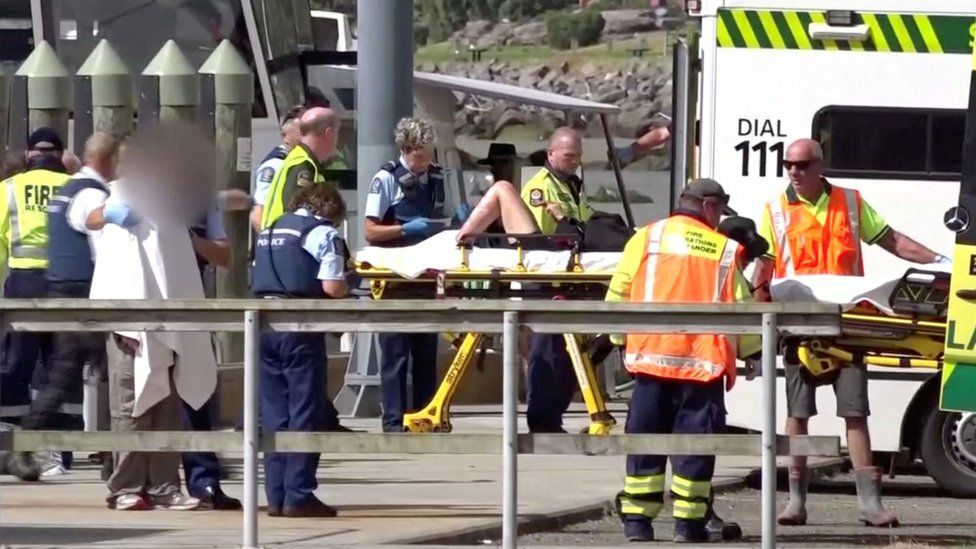 On Tuesday, steam continued to rise from the White Island volcano. 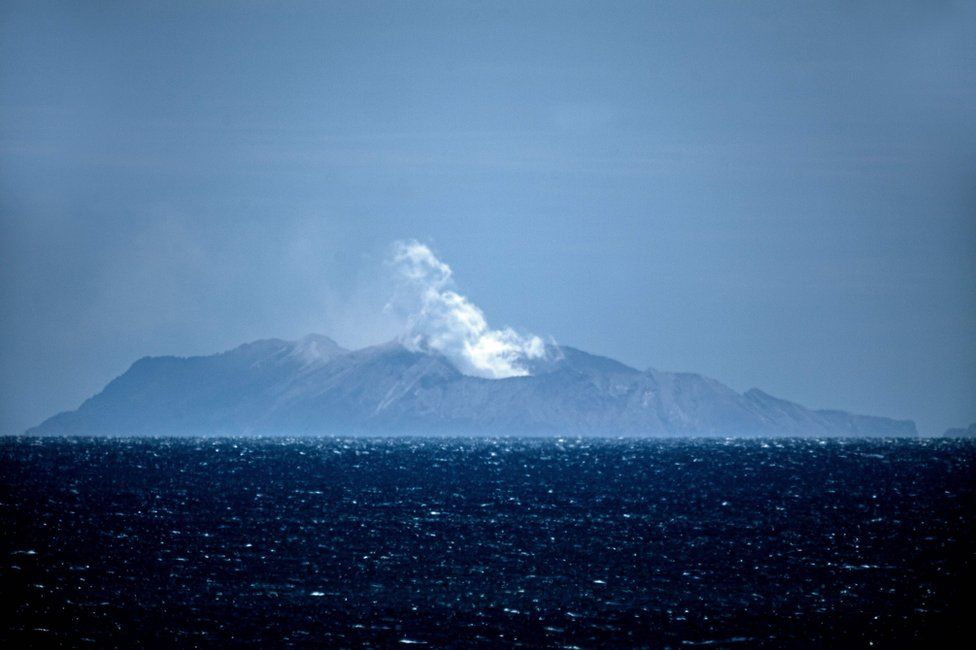 Ms. Ardern said she shared the “unfathomable grief” of those who had lost family and friends. 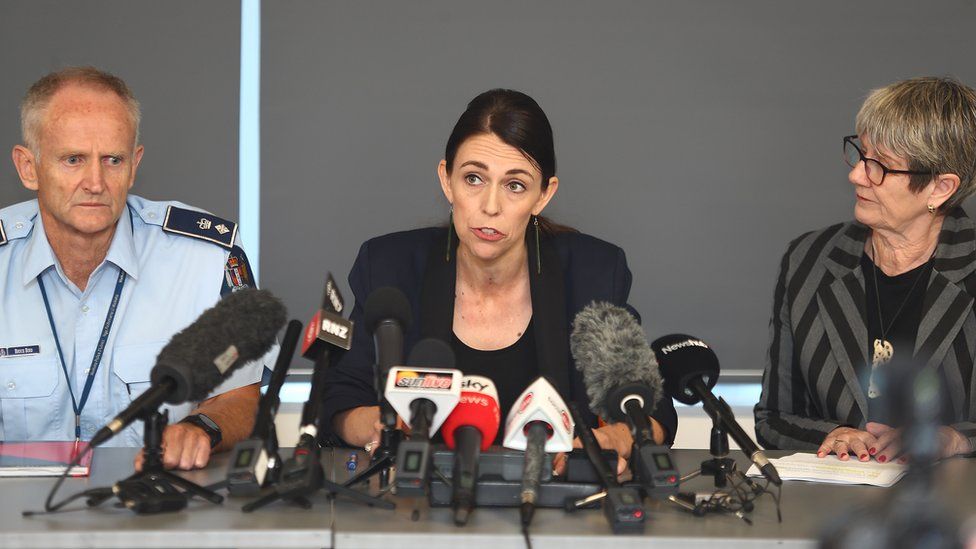 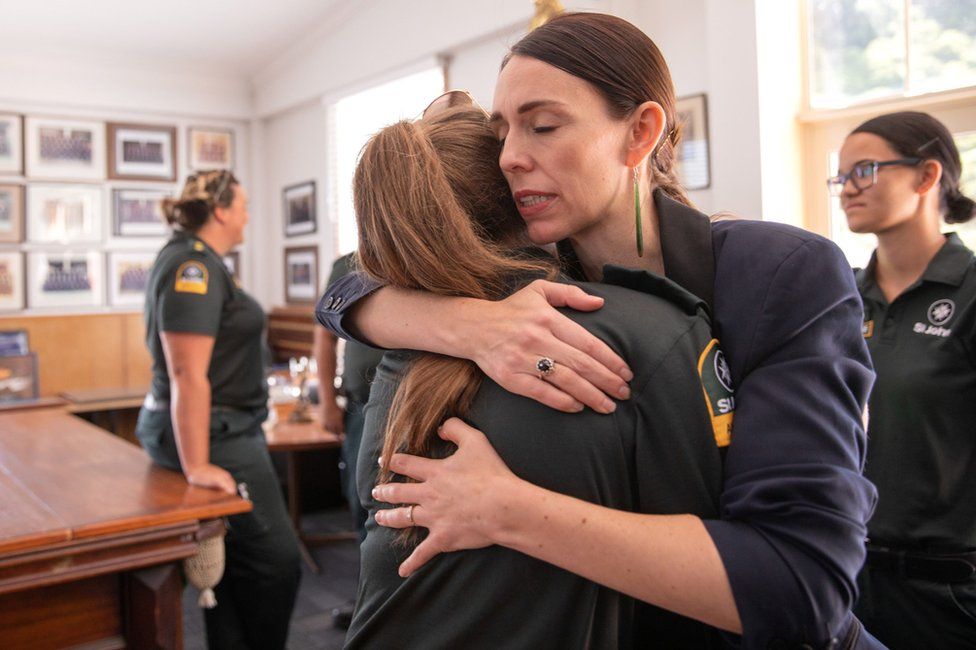 A flag in Whakatane could be seen flying at half-mast. 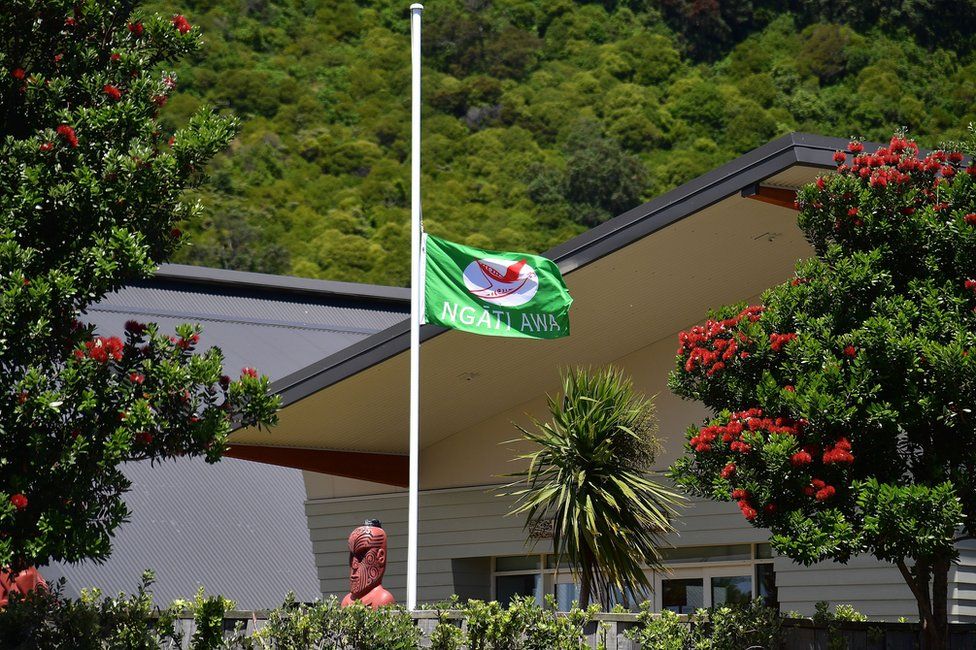 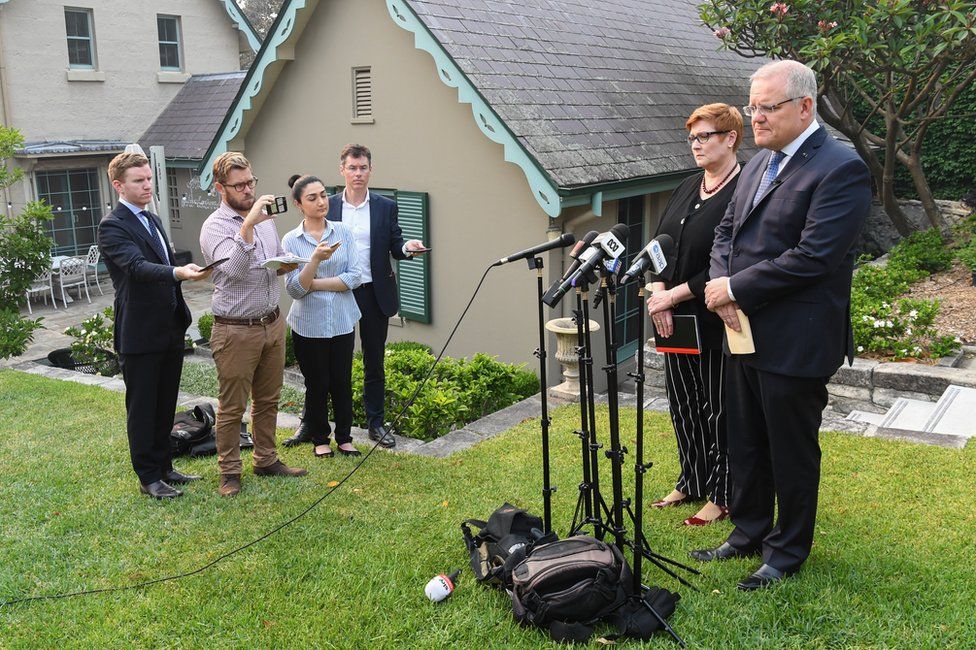 People leave tributes at the port of Tauranga, next to the cruise ship which had carried passengers to White Island when it erupted. 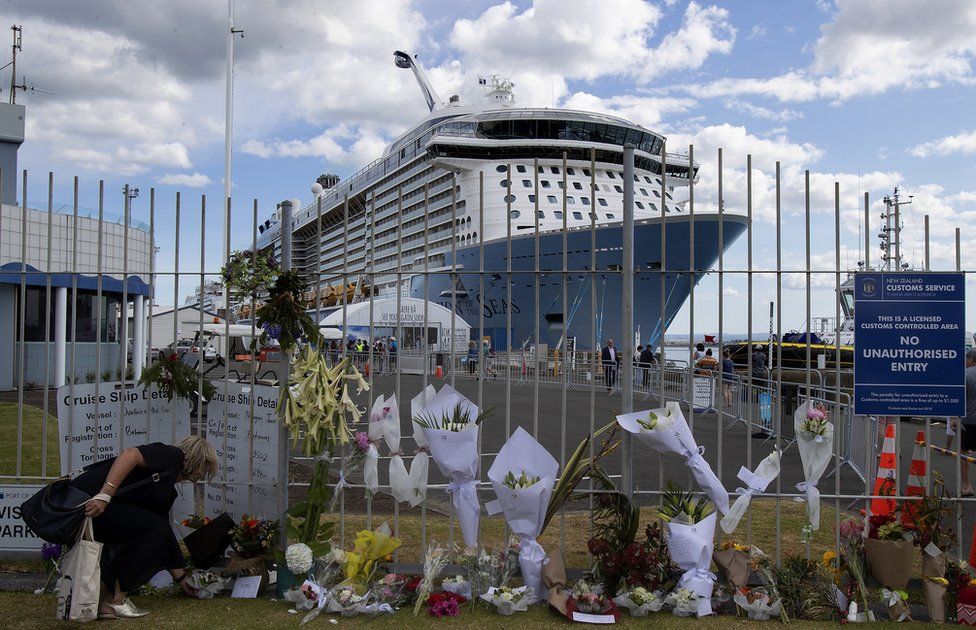 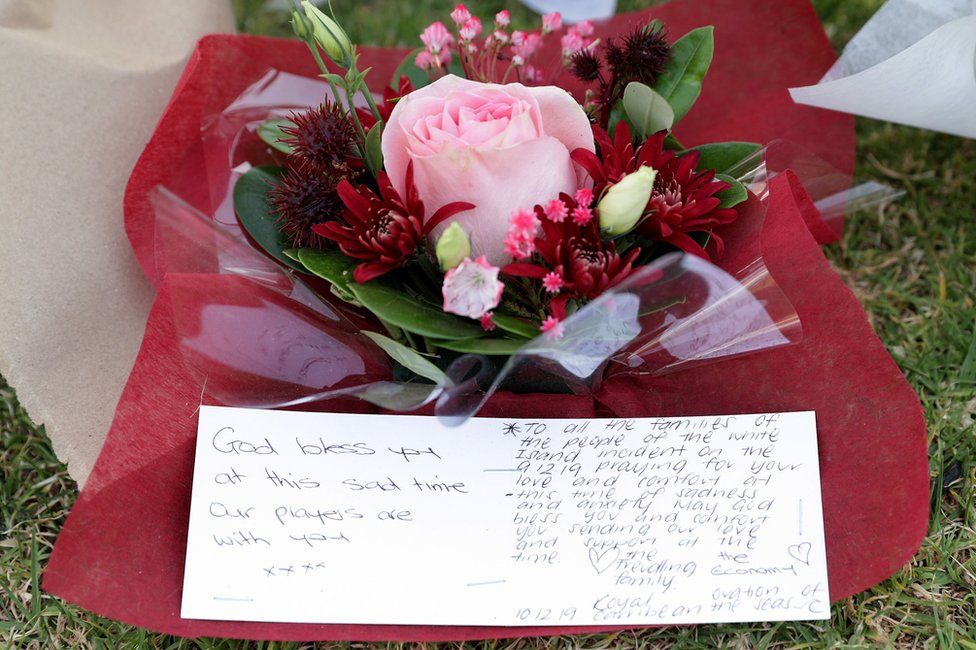 White Island, also called Whakaari, is the country’s most active volcano, seen below in 1999. 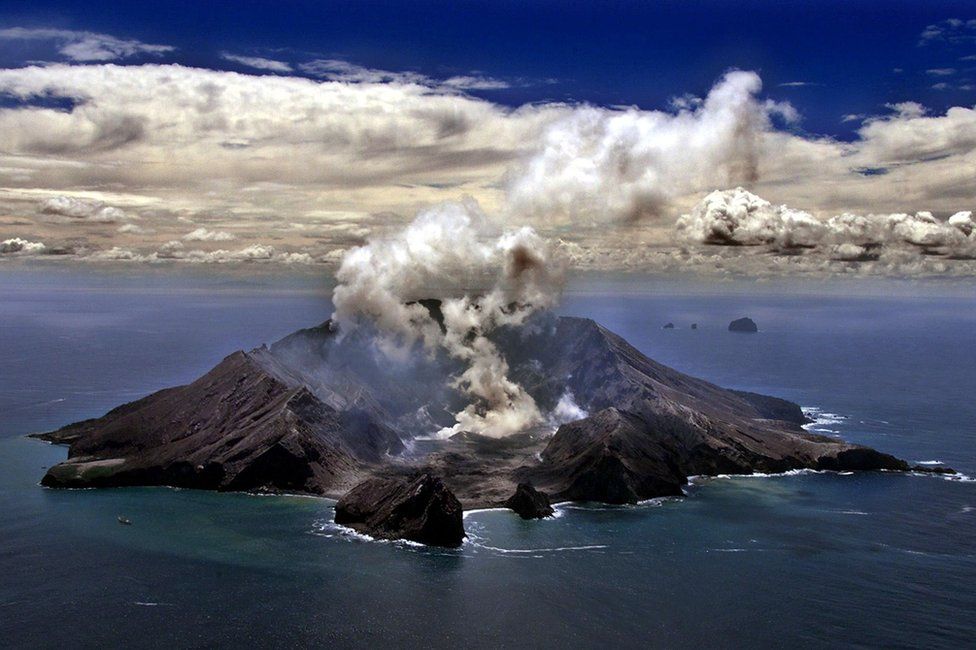 Tourist Ron Neil visited the island in January 2017 and took the photos below. 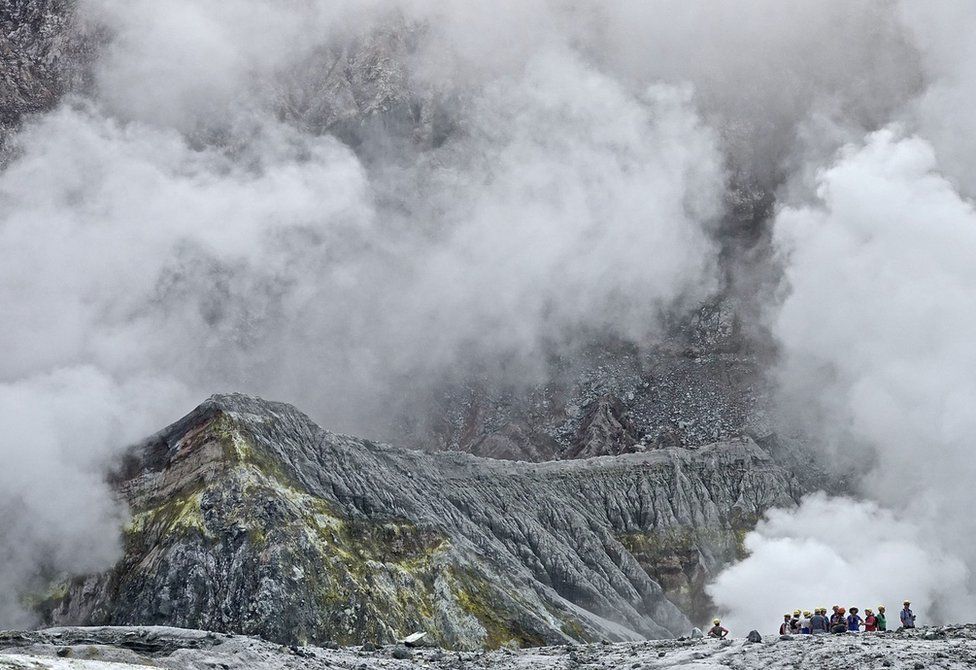 “We were obliged to wear helmets and gas masks as a condition of climbing the volcano,” Mr. Neil said.

“We were only allowed on the island because the risk of eruption that day was measured as 1, on a scale of 1-5.

“Still the sulfur fumes were choking.” 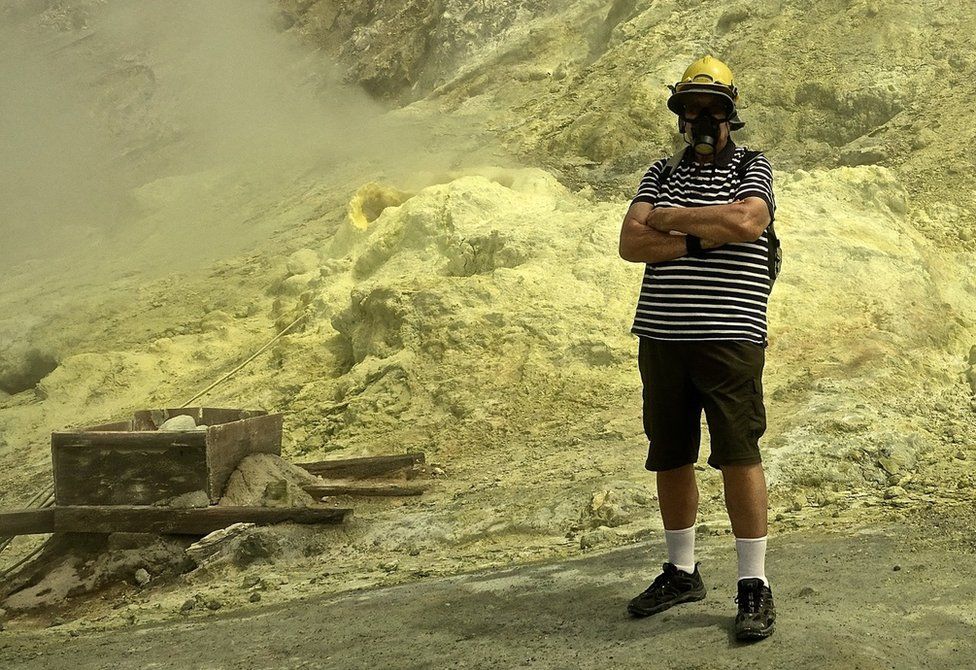 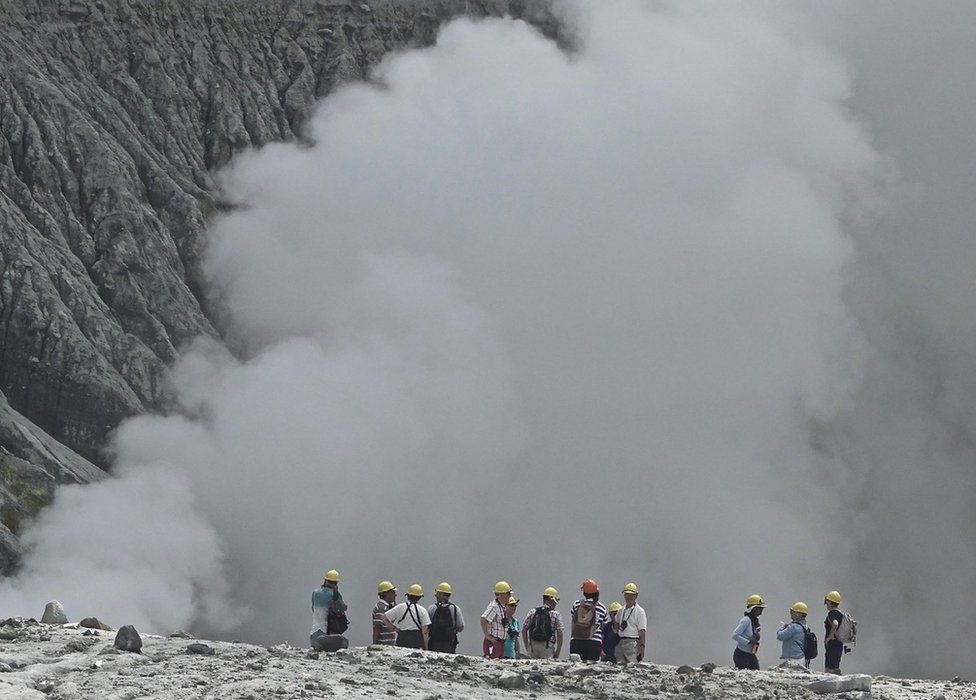 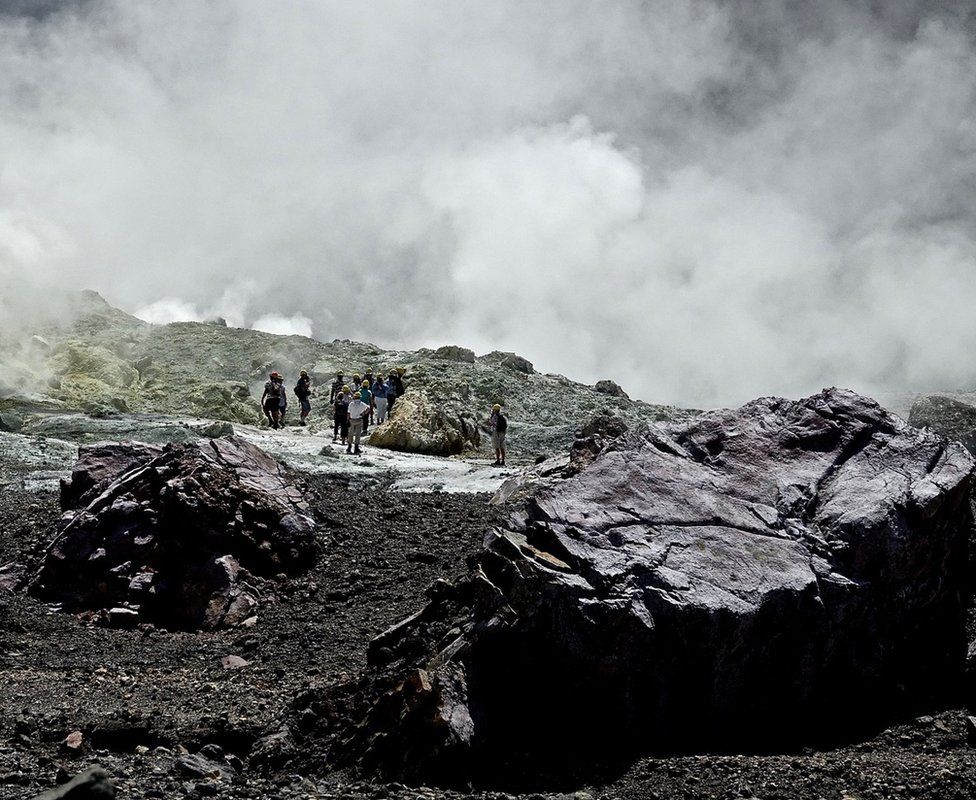 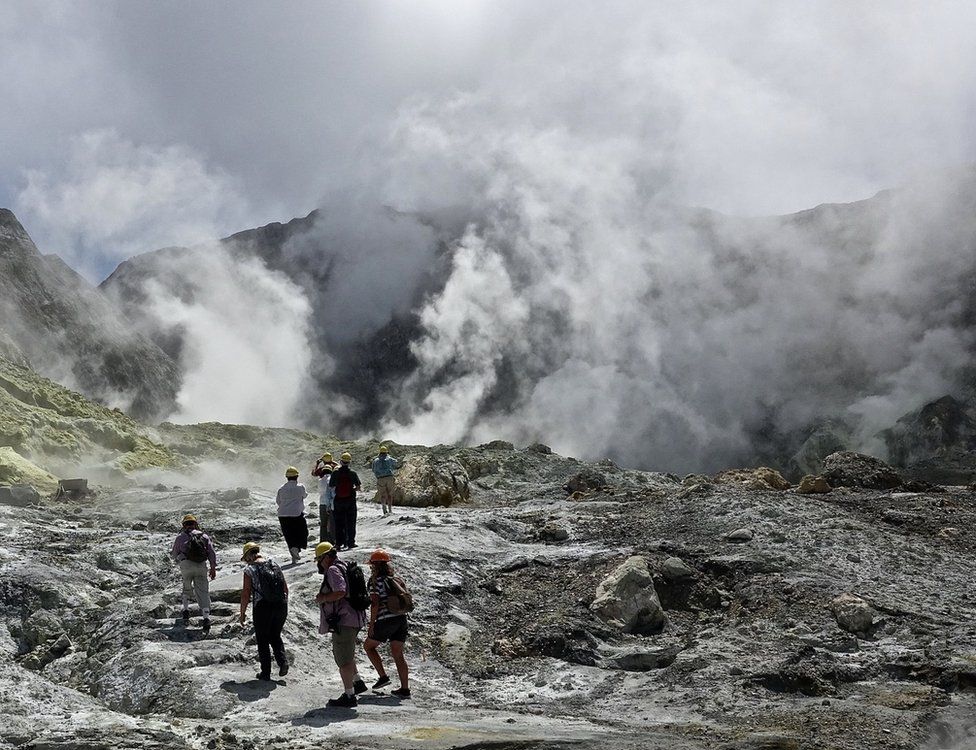