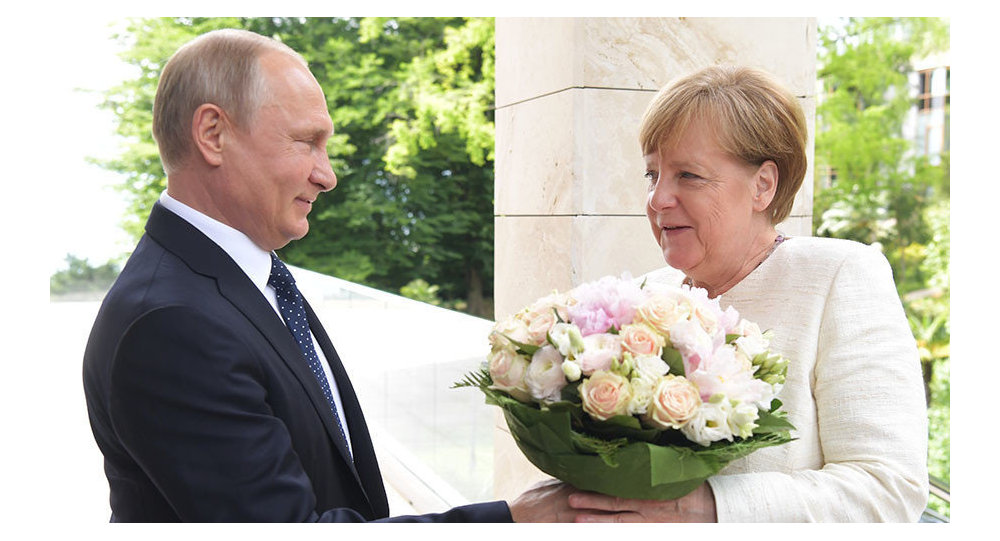 Merkel reportedly used “much cooler” words when speaking about the US, as compared to those she reserved for Putin, and she also spoke about the prospects for closer cooperation between Brussels, Berlin, and Moscow.

German Chancellor Angela Merkel apparently displayed a remarkably friendly attitude towards Russian President Vladimir Putin during their recent meeting in Moscow, with Bild am Sonntag describing this development as “historic”.

According to the newspaper, Merkel had “nothing but praise” for Putin while broaching subjects such as the Russian president meetings with Syrian President Bashar Assad and Turkish President Recep Tayyip Erdogan.

At the same time, Merkel sounded “much cooler” when she spoke about the United States, reportedly describing Washington merely as “an ally” but making no mention of the transatlantic partnership.

The German chancellor also spoke about prospects of closer cooperation between Brussels, Berlin and Moscow, the newspaper notes.

Putin and Merkel met in Moscow on 11 January to discuss a variety of important political issues, including the volatile situation in the Middle East in the wake of the assassination of Iranian General Qasem Soleimani and the current situation in Syria and Libya.

The situation with the Nord Stream 2 natural gas pipeline also was mentioned during the meeting, as Merkel called for completing it regardless of US sanctions threats, arguing that the project will be beneficial for other European states and not just for Berlin.

The two world leaders also discussed the subject of the so-called Iranian nuclear deal as Tehran moved to reduce its commitment regarding uranium enrichment after the US forces assassinated Soleimani.