A SENIOR Russian official has offered to mediate between North and South Korea to try to come to an agreement and prevent war from breaking out on the Korean peninsula.

Valentina Matviyenko, speaker of the Russian Senate upper house, is set to discuss the concerns surrounding Pyongyang’s nuclear and missile programmes in separate meetings with the deputy head of North Korea’s legislature and the head of South Korea’s parliament on Monday.

The representatives from Pyongyang and Seoul will be in St Petersburg for a congress of parliamentarians and with Russia among those countries calling for a reduction in tensions following North Korea’s recent threats, the congress provides a good opportunity for Russia to try to make some progress in quelling fears of war.

Konstantin Kosachev, head of the Senate’s international relations committee, told Russia media: “I believe that during the meetings the Russian side will call [on North and South Korea] to hold direct contacts.

“This would be quite natural, but of course we cannot, and should not, force anyone to do so.” 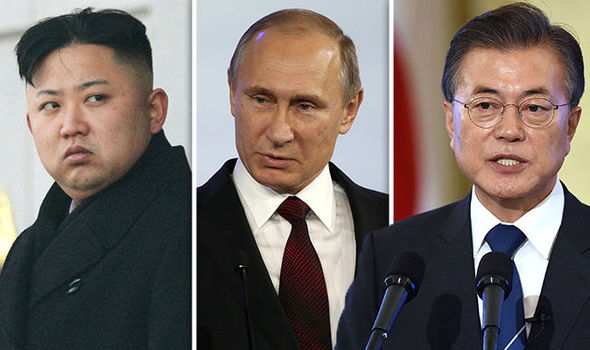 Tensions between North and South Korea are concerning Russia and China

The increasing number of nuclear tests and missile launches conducted by North Korea has prompted widespread condemnation – but the international community have so far failed to agree on the best way to reduce tensions.

Several rounds of UN sanctions have been imposed on the hermit state in response to the tests but the world’s superpowers continue to disagree on the best way to proceed.

US President Donald Trump has been embroiled in an exchange of threats and insults with Pyongyang, which has prompted China and Russia to call for dialogue in a bid to stop war breaking out. 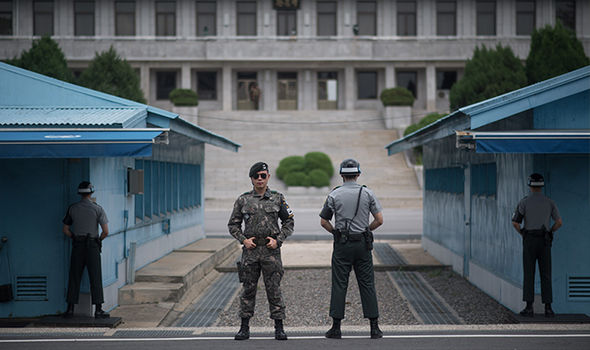 Earlier this week, North Korea’s foreign minister has accused President Trump of lighting “the wick of war” with his repeated insults and threats.

Ri Yong Ho, Pyongyang’s foreign minister, hit out at the US President and said the tensions will not be settled with words.

He said: “With his bellicose and insane statement at the United Nations, Trump, you can say, has lit the wick of a war against us.

“We need to settle the final score, only with a hail of fire, not words.”

Last weekend he tweeted: “Presidents and their administrations have been talking to North Korea for 25 years, agreements made and massive amounts of money paid hasn’t worked, agreements violated before the ink was dry, makings fools of U.S. negotiators. Sorry, but only one thing will work!”

This was followed on Monday by: “Our country has been unsuccessfully dealing with North Korea for 25 years, giving billions of dollars & getting nothing. Policy didn’t work!”