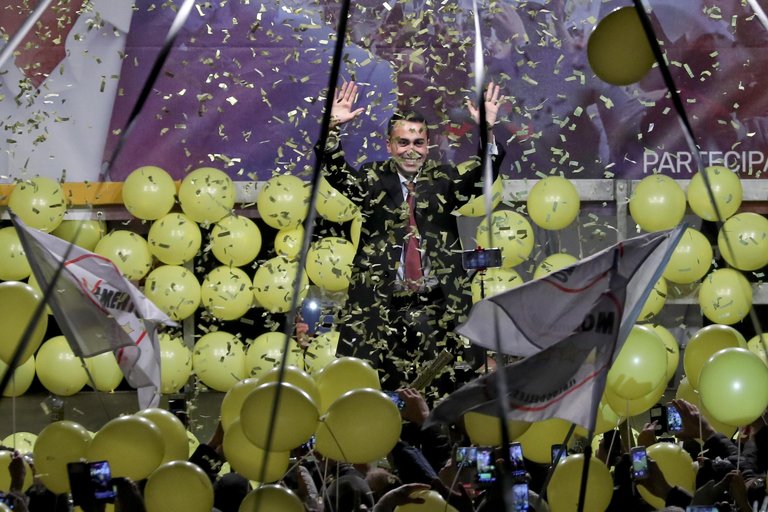 CAMBRIDGE, England — Italy’s election this week has destroyed any remaining hope that the center in European politics can prevail.

On the same day that members of the Social Democratic Party in Germany gave reluctant blessing to another “grand coalition” in Berlin, Italians went to the polls and delivered more than half their votes to anti-establishment parties. The center-right coalition that emerged when Silvio Berlusconi formed Forza Italia is now led by the League, a far-right party that threatens thousands of migrants with deportation. And as in nearly every recent European election, the principal center-left party lost a large number of voters. Given these results, the only possible government that can emerge in Rome will contain at least one of the two insurgent populist parties: either the League or the Five Star Movement, the single largest party in Parliament.

Italy’s situation is particular, but not unique. Across the Continent, the old politics has shattered: The once-dominant parties of the center right and center left have been unable over the past two decades to secure support for policies generated within the context of the European Union and the euro single currency.

Since the Maastricht Treaty was signed in 1992, establishing the European Union and laying the groundwork for the creation of the euro, policy on a range of issues from budgets to asylum have been taken beyond the control of democratically elected national governments. An increasing number have become subject to majority-voting within the Council of the European Union, as with immigration. Sometimes, policy is just dictated by Germany’s sheer exercise of power, as in the case of the refugee and migrant crisis.

At the same time, participation in the eurozone has required governments to forsake policy tools that their predecessors had used during times of economic crisis. Since 2010, eurozone membership can also demand acquiescence to the European Central Bank, which can essentially ask for and veto national economic legislation.

The result? Much of Europe has become nearly ungovernable. As voters across the Continent see their ability to influence policy taken away, they have lashed out, neutering the traditional center and giving rise to disruptive populists. Italy’s election, in other words, says much about everything that’s wrong with the European Union.

The center left has been hit especially hard. Germany’s Social Democrats, France’s Socialists and most recently, Italy’s Democratic Party have lost millions of voters. Part of this is driven by a rejection of the immigration and refugee policies over which centrist governments have presided. In eurozone countries, voters have had extra reason to lose faith: Despite their rhetorical commitments to social welfare and redistribution, these parties have overseen cuts in welfare spending, loosened labor laws and reformed pensions. Over the past two decades, center-left parties have justified the elevation of a technocratic European ideal over the claims of both democracy and the actual, daily economic experience of millions of Europeans.

Italy is the epicenter of the problems facing establishment European politicians for both recent and more historical reasons. The external immigration pressures that have roiled politics are especially acute in Italy, which is the first point of entry for migrants and refugees coming from North Africa. Consequently, the League surged from 4 percent of the vote in 2013 to about 18 percent this week, thanks in large part to the party’s campaign slogan: “Italians First.”

Above all, though, have been Italy’s particular tribulations with the euro, which have struck at the heart of the country’s democracy. In the fall of 2011, the European Central Bank wrote to Mr. Berlusconi, then the prime minister, saying that its purchase of Italian bonds was conditional on legislative reforms. When Mr. Berlusconi refused to cut pensions, Chancellor Angela Merkel of Germany encouraged the Italian president at the time, Giorgio Napolitano, to end Mr. Berlusconi’s premiership. Germany essentially strong-armed the president into appointing a cabinet of technocrats led by Mario Monti, a former European commissioner. Since then, Italy has not had an elected politician as minister of economy and finances. The role has been taken by Mr. Monti himself, a former central banker and former official at the International Monetary Fund.

In the 2013 election — the first after Mr. Monti was installed as prime minister at Germany’s insistence — the Five Star Movement, which presents the entire Italian political class as undemocratic and corrupt, took the single largest share of the vote. It had only formed four years earlier.

Italy’s eurozone trials are nothing new. Before Italy had even joined the common currency area in 1999, its attempts to qualify for membership — by introducing the required “fiscal discipline” — had resulted in nearly a decade of rising unemployment. Moreover, no Italian government was ever in a position to exercise a meaningful choice about whether it was wise to join the eurozone. Unless Italy ended its membership in the European Union, it was politically bound to take on the currency by treaty obligations over which it had no consequential say.

Now Italian voters have responded by putting into office politicians who do not accept the legitimacy of European Union-wide rules.

Of course, this voter rebellion is in part mirrored by the election that brought the Syriza party to power in Greece in 2015. The eurozone and the European Union survived that experience. But the fate of Italy matters much more for the European project than that of Greece. Syriza gambled on a threat of Greek secession when Greece already faced the risk of expulsion. An eventual crisis over an Italian exit would be an entirely different proposition.

In 1997, while making the case that Italy should join the eurozone, the prime minister at the time, Romano Prodi, said it was “impossible to think of Europe cut off from its great Latin culture.” He had a point — the country is an integral part of Europe. So when the next government in Rome, deliberately or not, pushes Italy ever closer to a decision about leaving the eurozone, in all likelihood it will take the European Union to its own precipice.