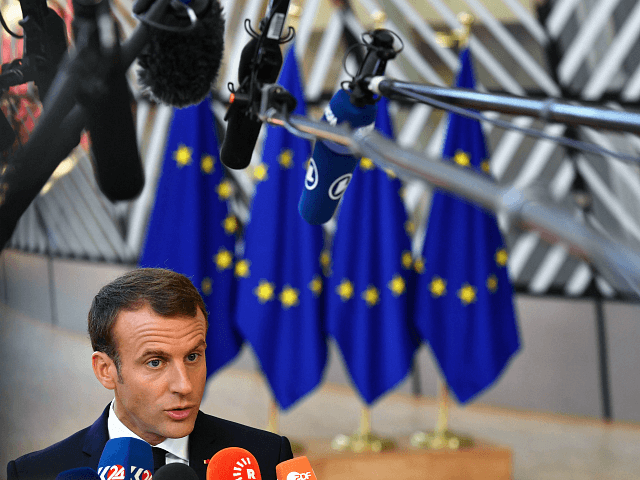 “France does not belong to the French! Everyone has a right to be here!” yelled one of the migrants, organised by the pro-migration La Chapelle Debout group, through a loudspeaker, as they pressed for their presence in the country to be regularized.

Calling themselves “Black Vests” in a homage — of sorts — to the Yellow Vests who have been protesting Emmanuel Macron for months, the migrants also demanded Air France “stop any financial, material, logistical or political participation in deportations” in a statement published on Facebook.

Le Parisien reported that Paris Charles de Gaulle, the largest international airport in France, and second-largest in the European Union behind Britain’s London Heathrow, was targeted because of its proximity to an administrative detention centre in nearby Mesnil-Amelot (Seine-et-Marne), where illegal aliens are held prior to their expulsion from the country.

Air France, which the Black Vests denounced as the “official deporter of the French state”, did send a delegation to treat with the migrants’ representatives, and promised to “report their grievances to the management”.

The airline declined to comment on the incident to the media, however, referring reporters to the police prefecture.

Far-left activists and illegal migrants invaded the Basilica of Saint-Denis on Sunday to protest a new asylum law.

Illegal migrants appear to have little fear of reprisals for such actions, with hundreds having conducted a similar protest demanding regularisation outside the Paris police quarters in January, according to Le Parisien.

They were even more brazen in 2018, storming the historic Basilica of Saint-Denis, which holds the tombs of many of France’s kings, alongside anti-borders left-wingers, forcing clergymen to cancel a Catholic mass and remaining in situ until the authorities forcibly ejected them from the premises.

National populist leader Marine Le Pen condemned the seeming involvement of left-wing politicians in the demonstration, blasting that, “By calling migrants to desecrate the Basilica of St. Denis, Necropolis of our Kings… the far-left show that, in their immigrationist madness, they are ready to trample our civilisation and desecrate a place of historical worship.”

Majority of French Say Le Pen Would Do Better than Macron on Migration https://www.breitbart.com/europe/2019/02/09/majority-french-say-le-pen-would-do-better-than-macron-migration/ …

A majority of French believe populist National Rally leader Marine Le Pen would do a better job on migration issues than Emmanuel Macron.