Kim Jong Un threatens to take unspecified action if sanctions relief is not forthcoming by the end of the year.

Donald Trump has brushed off North Korea’s warning of a “Christmas gift”, saying the United States would “deal with it very successfully” and that perhaps it would be a “nice present”.

The US president added: “Maybe it’s a present where he sends me a beautiful vase.” 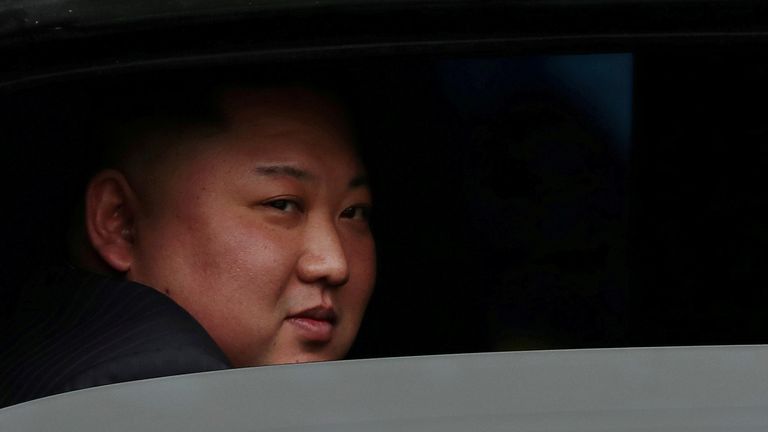 The US has imposed tough sanctions, insisting North Korea ends all nuclear activity before they can be lifted.

North Korean leader Kim Jong Un had threatened to take unspecified action if sanctions relief is not forthcoming by the end of the year.

The North has said that what “Christmas gift” it gives the United States depends on Washington’s actions.

Meanwhile, leaders from China, Japan, and South Korea have reiterated their commitment to ending North Korea’s nuclear and missile programmes at a trilateral summit.

Chinese Premier Li Keqiang said the three agreed that “dialogue and consultation is the only effective way to solve the issues of the Korea Peninsula”.

“We three countries are willing to work together with the international community to solve the issue of the Korea Peninsula in a political way,” Mr. Li said at a joint news conference following the meeting.

In his comments, Mr. Moon said the sides agreed to support efforts to restart talks between Washington and Pyongyang so that “denuclearisation and peace… could actually advance”.

“For that purpose, it was confirmed that full implementation of UN Security Council resolutions remains important, and we need to maintain the momentum of the US-North Korea process,” Mr. Abe said.

Although China is Pyongyang’s most important source of investment, diplomatic support, and economic aid, it has shown little success in convincing Mr. Kim’s government to abandon its nuclear arsenal.