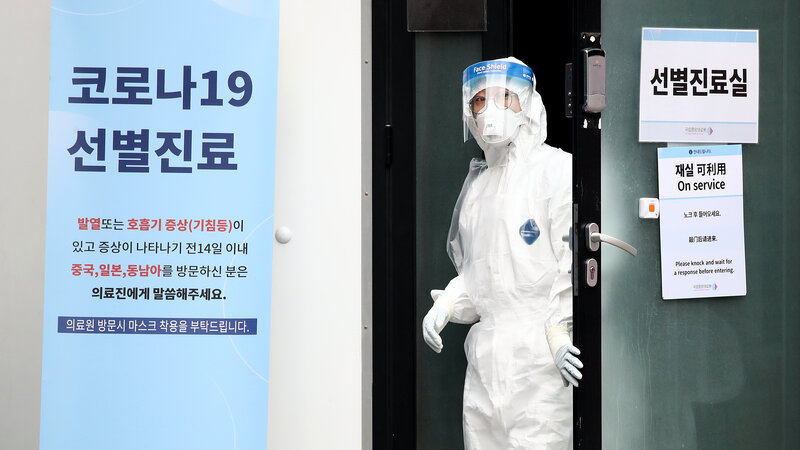 A medical worker takes a look outside a preliminary testing facility at the National Medical Center in Seoul, South Korea, where people suspected of having contracted the novel strain of coronavirus are being tested. –Chung Sung-Jun/Getty Images

The number of new coronavirus cases nearly tripled in South Korea on Saturday, the fourth consecutive day that tally has seen a major spike. Korea Centers for Disease Control and Prevention reported that the total number of confirmed cases in the country rose to 433 — less than 24 hours after the sum stood at 156.

As of Tuesday, the number of confirmed cases was just 31.

Many of the new patients Saturday were located in or near Daegu, South Korea’s fourth-largest city, where dozens of people linked with a Christian sect known as the Shincheonji Church of Jesus have shown symptoms of respiratory illness. The church, which has about 150,000 adherents, says it has shared with authorities the names of members who may have been exposed to the virus, and it is encouraging them to enter quarantine.

Meanwhile, in the nearby city of Gumi, Samsung said it is shutting down a mobile device factory after confirming a case of the coronavirus at the facility. The Korean electronics giant said it is shuttering the factory at least through the weekend.

“The company has placed colleagues who came in contact with the infected employee in self-quarantine and taken steps to have them tested for possible infection,” the company said in a statement released Saturday.

Two patients in South Korea have died from the disease now known as COVID-19, while at least 18 have recovered and been released from care. Thousands more are still undergoing testing for the respiratory disease.

All told, there have been more than 77,000 confirmed cases of the coronavirus worldwide, more than 2,300 of which have ended in a patient’s death. The vast majority of those cases so far have been reported in mainland China, where the outbreak has its roots in the city of Wuhan — though the number of new confirmed cases there reportedly has been declining recently.

But the virus has not stopped at the Chinese border, Japan has seen recent leaps in cases of its own. And health officials are anxiously watching the numbers swell in countries even farther afield.

“The increasing signs of transmission outside China show that the window of opportunity we have for containing this virus is narrowing,” Tedros Adhanom Ghebreyesus, the director-general of the World Health Organization, told a news conference Saturday.

Of particular concern, he said, are “the number of cases with no clear epidemiological link, such as travel history to China or contact with a confirmed case.” He described as especially worrisome the disease’s spread in Iran, where health officials have confirmed at least 28 cases, 10 of which were reported in the past day. 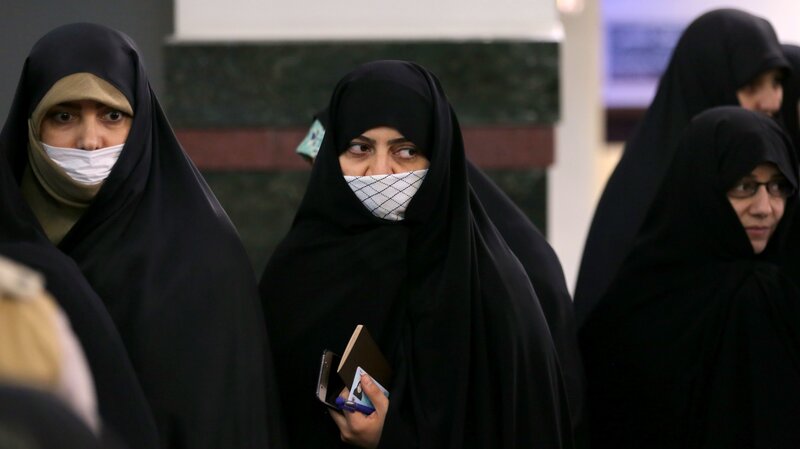 Iranian voters wear masks while waiting to cast their ballots in parliamentary elections Friday, on the outskirts of Tehran. Iranian health officials have reported at least five deaths linked with the novel coronavirus recently, adding jitters to a vote that suffered from relatively low turnout. –Atta Kenare/AFP via Getty Images

He said the WHO has sent testing kits to Iran. And though just one confirmed case has been reported in Africa — in Egypt, specifically — Tedros warned that because of the robust trading relationship between China and some countries on the continent, health officials should be preparing for its arrival before long.

“Our biggest concern continues to be the potential for COVID-19 to spread in countries with weak health systems,” he said.

“We know a little bit more about this virus and the disease it causes. We know that more than 80% of patients have mild disease and will recover, but the other 20% of patients have severe or critical disease, ranging from shortness of breath to septic shock and multi-organ failure,” said Tedros.

“These patients require intensive care, using equipment such as respiratory support machines that are, as you know, in short supply in many African countries.”