With municipal elections approaching, President Emmanuel Macron hopes the stricter stance will lure voters away from the far right. 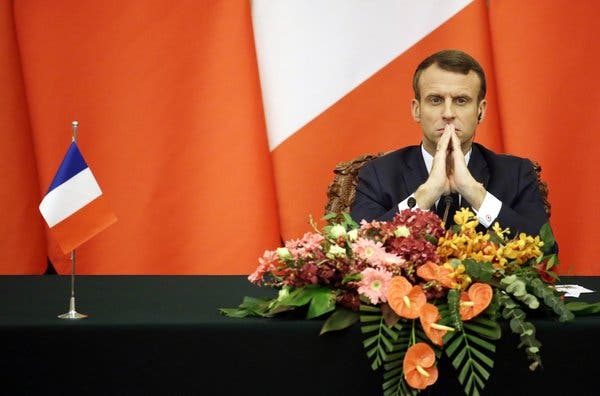 PARIS — President Emmanuel Macron of France tried to seize control of the issue of immigration on Wednesday, as his government announced steps to make the country less attractive to migrants while cracking open the door to skilled foreign workers.

The combined moves were a bid by Mr. Macron to wrest the issue from his main political challengers, the far-right National Rally of Marine Le Pen, which for years has skillfully used immigration in its political ascent.

Among Mr. Macron’s new get-tough measures is a provision that asylum seekers would have to wait three months before qualifying for non-urgent health care.

In addition, officials said that informal migrant camps in and around Paris would be cleared by the end of the year, as the government confronts a growing and visible problem in many French cities.

A makeshift migrant camp on the outskirts of Paris early this year.Credit…Christophe Archambault/Agence France-Presse — Getty Images

But the government also announced that starting next year, it would for the first time establish a system of annual quotas to grant visas to skilled immigrants looking to enter France.

While that may have been the intention, the announcement did as much to underline the political peril the issue presents for Mr. Macron, a centrist whose shape-shifting has often dissatisfied French voters across the political spectrum.

The measures drew immediate criticism from both the right, who said they didn’t go far enough and the left, who said Mr. Macron was unnecessarily endangering the already vulnerable population of asylum seekers for political ends.

In recent weeks, Mr. Macron — who as a presidential candidate lauded Chancellor Angela Merkel of Germany for saving Europe’s “collective dignity” through her pro-migrant policies during the height of the crisis in 2015 — had been setting the stage for Wednesday’s announcement.

In a long interview on the presidential plane with a right-wing magazine, “Valeurs Actuelles,” Mr. Macron recently said the authorities had been lax in expelling those who had entered France illegally.

“My goal is to throw out everybody who has no reason to be here,” he said.

In an interview on Radio France, Ms. Le Pen said that the government was addressing the issue of immigration simply because of the municipal elections, scheduled for March. She said the measures would be ineffective in reining in illegal immigration.

The increase in asylum seekers has exacerbated housing problems, overwhelming shelters established by the government.

In Paris and other cities, groups of migrants, often numbering in the hundreds, have set up tent cities or are squatting in unused buildings. Nearly 3,000 are estimated to be living on the streets in northern Paris and an adjoining suburb. 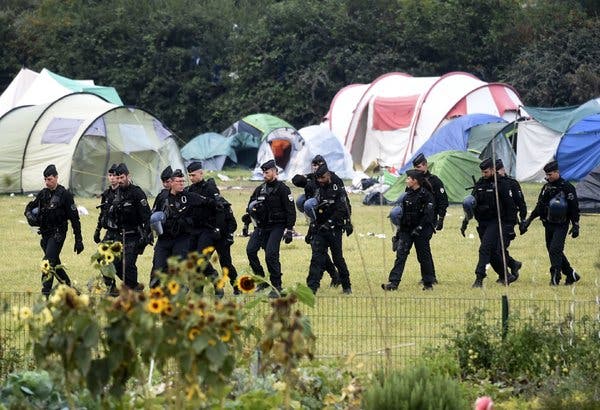 The evacuation of a migrant camp in northern France in September.Credit…Francois Lo Presti/Agence France-Presse — Getty Images

The authorities have regularly expelled migrants from specific sites, leading them to move elsewhere, in a continuing cat-and-mouse game.

Those expulsions have increased with the government’s tougher line on immigration, according to advocates for the rights of immigrants.

“Since last summer, the government has been really pushing to close down these camps without offering any solution for those who find themselves on the street, said Yann Manzi, the president of Utopia 56, a group that assists migrants in Paris.

The number of asylum seekers in France has risen, migrant support groups say, as part of the continuing effects of the migrant crisis that reached a peak in 2015.

According to the European Union law governing the process, known as the Dublin Regulation, applicants must request asylum in the first country they set foot in, and remain there. But many end up moving to a second country. Those who have gravitated to France are called “Dublinés,” in reference to the law.

Nations like Italy and Greece argue that the system presents an unfair burden on them. But France, Germany, and others have stepped up efforts to send migrants back where they landed.

With countries unable or unwilling to rapidly process applications, migrants have been stuck in limbo for years, or ended up wandering inside Europe, said Pierre Henry, the director of France Terre d’Asile, a migrants rights group.

Mr. Macron’s government has increasingly adopted arguments that some migrants are exploiting France’s welcome of asylum seekers, who can quickly qualify for health care and other benefits. 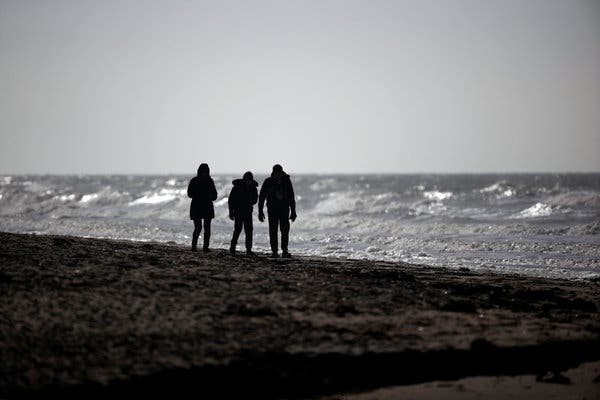 A beach near Calais, a northern French port city that has been a flashpoint over immigration.Credit…Benoit Tessier/Reuters

His government has accused some asylum seekers of engaging in what it describes as “medical tourism” by seeking treatment for serious medical conditions in French hospitals.

Mr. Macron said that reforms were necessary so that France “shouldn’t be too attractive a country” for asylum seekers.

Last year, nearly 320,000 people without legal status benefited from a government health care program reserved for them — a situation that has long angered France’s right.

“Many of them suffer from real mental and physical problems, given the very difficult journeys they’ve had,” said Bruno Morel, the director of Emmaus Solidarité, a migrant rights group. “The government says if we welcome migrants too well, more will come. That’s totally false. That just feeds populism.”

Mr. Macron has been criticized for representing the interests of France’s economic elite, especially during the Yellow Vest protests that roiled the country for months starting in October of last year.

In explaining his focus on immigration, Mr. Macron told members of his party, La République en Marche, that they must avoid becoming a party of the “bourgeois.” The bourgeois, he said, lived in areas with few immigrants and did not encounter immigration in their daily lives.

It is France’s working classes that live with the difficulties of immigration, he said, and “have thus migrated to the far right.” 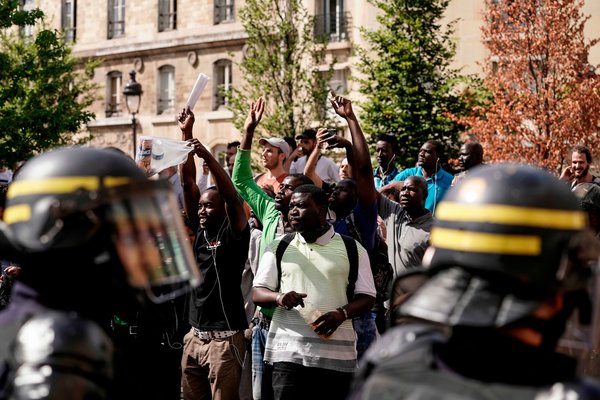 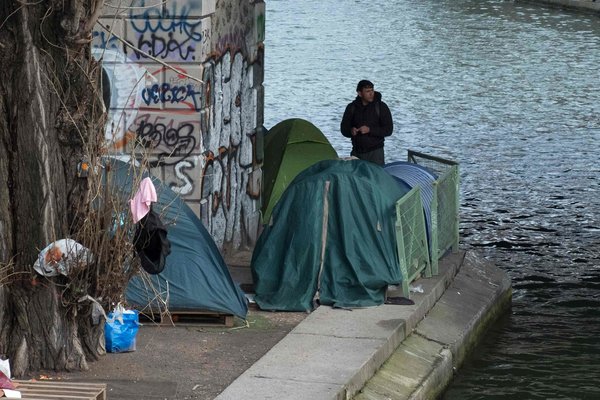 Norimitsu Onishi is a foreign correspondent on the International Desk, covering France out of the Paris bureau. He previously served as bureau chief for The Times in Johannesburg, Jakarta, Tokyo and Abidjan, Ivory Coast.