“For years on end, we have fought against the Iranian tentacles in Lebanon, Syria and the Gaza Strip, but we have not focused enough on weakening Iran itself. Now we are changing the paradigm,” affirms Israeli Defense Minister Naftali Bennett. 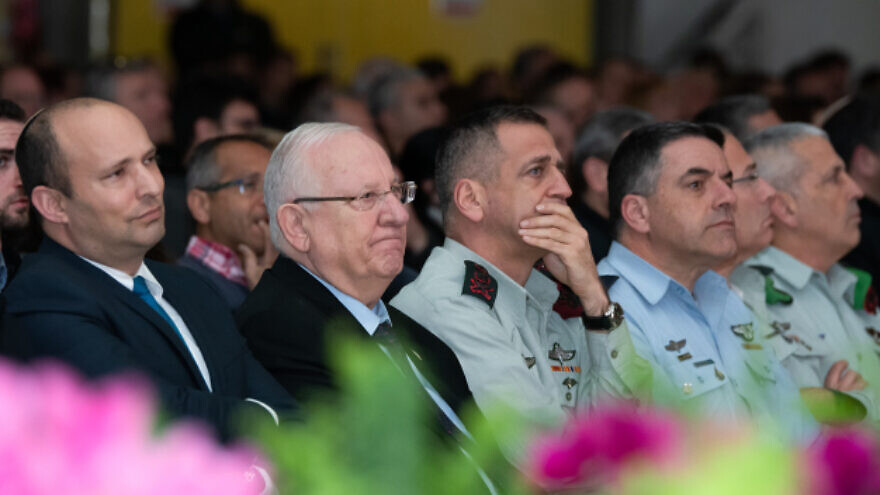 (February 12, 2020, / Israel Hayom) Israel’s defense minister issued a stern warning to Iran on Tuesday, saying that Jerusalem was “changing the paradigm” and would no longer content itself with striking back at the Islamic Republic’s proxy forces in the region.

Speaking at a memorial event in northern Israel, Defense Minister Naftali Bennett said, “When the octopus tentacles hit you, you must fight back not just against the tentacles, but also make sure to suffocate the head of the octopus, and the same applies to Iran.”

The time has come, stated Bennett, to move from fighting against Iran’s proxy forces to confronting the regime directly.

“For years on end, we have fought against the Iranian tentacles in Lebanon, Syria and the Gaza Strip, but we have not focused enough on weakening Iran itself. Now we are changing the paradigm. We are now engaged in an ongoing effort to weaken the Iranian octopus through economic, diplomatic and intelligence measures, as well as with military means and various other approaches.”

Israel’s northern border remains a source of concern, said Bennett, adding “the relative quiet does not confuse us, and the Israel Defense Forces is ready for any scenario.”

Bennett concluded his remarks with a message to the regime: “You have no business being in Syria, and so long as you continue to build terrorist bases there, we will continue to increase the strikes against you.”

He said that Israel was not going to stop targeting Iran, “and Iran must not make the mistake of thinking otherwise.”

He also vowed to “continue denying Iran a foothold on our northern border,” and said that Israel “was making sure to constantly exact a price until we reach the ultimate goal: driving Iran out of Syria.”

This is an edited version of an article that first appeared in Israel Hayom.