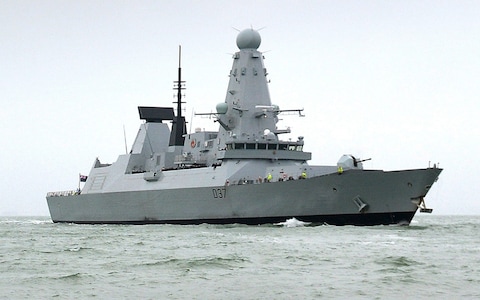 A key ally of Angela Merkel has called for Europe to set up its own naval task force in the Persian Gulf independent of the US.

Amid a widening divide between Western allies over how to deal with Iran, Norbert Röttgen called on Thursday for France and Germany to lead a European mission to protect shipping from Iran.

The UK has sought to build consensus for an international task force following the seizure of a British-flagged tanker by Iran.

But France and Germany have rejected calls to contribute warships to a US-led mission over concerns at Donald Trump’s aggressive stance towards Iran.

Mr. Röttgen, who is chairman of the German parliament’s powerful foreign affairs committee, called on Thursday for Europe to go it alone.

“The reasons for a European mission in the Gulf remain, even if Britain should decide on a joint mission with the US,” he said.

“It’s about European interests, not specific British ones, so a European mission should be made up of a group of European states, to which France and Germany must belong.”

Jeremy Hunt, the former foreign secretary, initially called for a European-led taskforce in response to the seizure of the Stena Impero last month.

But Boris Johnson’s government has shifted the UK position, with Dominic Raab, the new foreign secretary, suggesting a European mission may not be “viable” without US support.

Mr. Röttgen’s comments come amid signs of a rift in Mrs. Merkel’s coalition government over the issue.

Olaf Scholz, the vice-chancellor, appeared to rule out German contributing to a US-led task force on Wednesday, only to be contradicted by Annegret Kramp-Karrenbauer, the defense minister, who said the proposal was still being considered.

But despite Ms. Kramp-Karrenbauer’s comments, German involvement remains unlikely. Any military deployment needs parliamentary approval in Germany, and with Mr. Scholz’s centre-Left Social Democrats (SPD) opposed, there is no majority in favor. 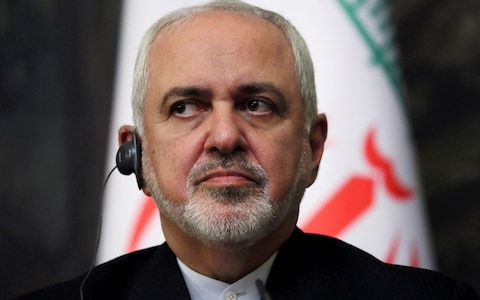 German and French concerns are understood to center on the Trump administration’s increasingly belligerent tone towards Iran, amid fears any incident could be seized on by US hardliners as a pretext for war.

The European Union spoke out yesterday against a decision by the US to impose sanctions on Iran’s foreign minister, Mohammad Javad Zarif.

“We regret this decision,” a spokesman for Federica Mogherini, the EU’s high representative for foreign affairs, said.

“From our side, we will continue to work with Mr. Zarif as Iran’s most senior diplomat, and in view of the importance of maintaining diplomatic channels.”

The decision means Iran’s chief negotiator will now have to seek special permission to enter the US to attend the United Nations.

Hassan Rouhani, the Iranian president, accused the US of “resorting to childish behavior” over the sanctions.

“They were claiming every day, ‘We want to talk, with no preconditions’ and then they sanction the foreign minister,” Mr. Rouhani said.