ANGELA Merkel faces a second defeat in less than two weeks as polls show a massive drop in the support to the Chancellor’s party in the state of Hesse – while far-right Alternative for Germany (AfD) looks set to be represented in all the states.

The German Chancellor’s party, the CDU, is to receive only 26 percent of the votes at the upcoming state election in Hesse, according to a survey by pollster Forschungsgruppe Wahlen for broadcaster ZDF.

This would represent a 12 percent drop for Mrs Merkel’s party compared to the Chancellor’s results in the region’s last election in 2013, when the party won 38.3 percent of the seats.

The Social Democrats (SPD), one of Mrs Merkel’s government allies at a national level,is predicted to fall to 20 percent, far below its result of 30.7 percent in 2013, the survey showed.

While the SPD and the CDU’s popularity is falling, the Greens and the AfD are booming.

The Greens will be the big winner in the federal state, the poll showed, jumping into second place with 22 percent support, right after the CDU.

The AfD could gain as much as 12 percent of the votes, a result that would make the party be represented in all state parliaments of Germany for the first time.

A similar outcome would force Mrs Merkel’s party to seek a three-party coalition, as it has happened already in the national parliament after the September 2017 election.

The CDU is likely to form a coalition with Greens and liberal FDP, dubbed ‘Jamaica’ because these parties’ colours match the Jamaican national flag. 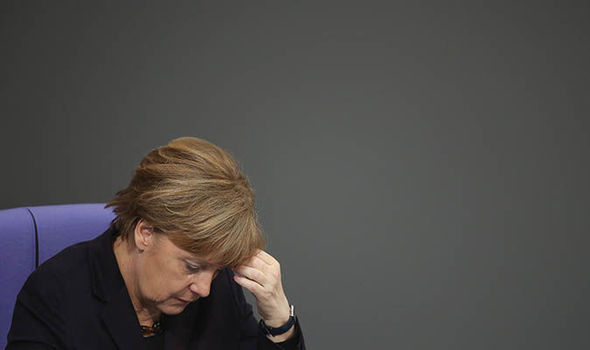 Angela Merkel faces a defeat at the state election in Hesse (Image: GETTY)

The FDP’s support looks set to gather 8 percent of the votes, according to the poll.

But a successful outcome of such talks is far from being certain, as Mrs Merkel saw negotiations on forming a Jamaica government at the national level collapsing earlier this year, before she struck a deal with the CDU’s sister party CSU and SDP.

Hesse, a central Germany state home to the financial centre of Frankfurt, will vote on October 28, 14 days after the Bavarian election that saw the CSU suffering its weakest election performance since 1950 in a state vote, losing 16 seats, while the SDP lost 20 seats.

Their losses paved the way to a big win for the Greens and the AfD, who respectively gained 20 and 22 seats in the regional parliament.

Mrs Merkel would be left extremely weakened by a second defeat at the ballot, both at a national level and within her own party. 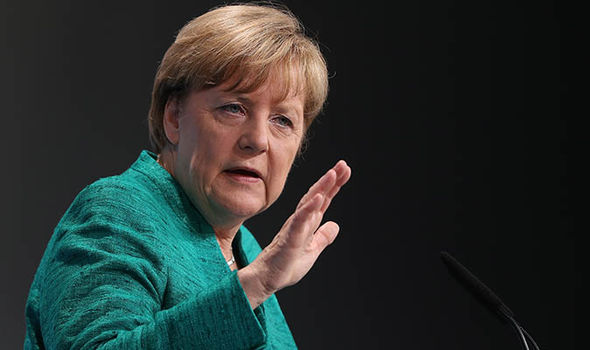 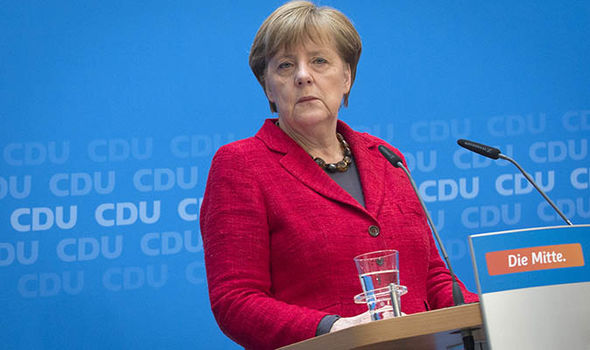 Angela Merkel will face her party members at a CDU congress in December (Image: GETTY)

The Chancellor is to face her own party members at a CDU annual gathering in December.

If she does not emerge well from those events, her opponents will be emboldened.