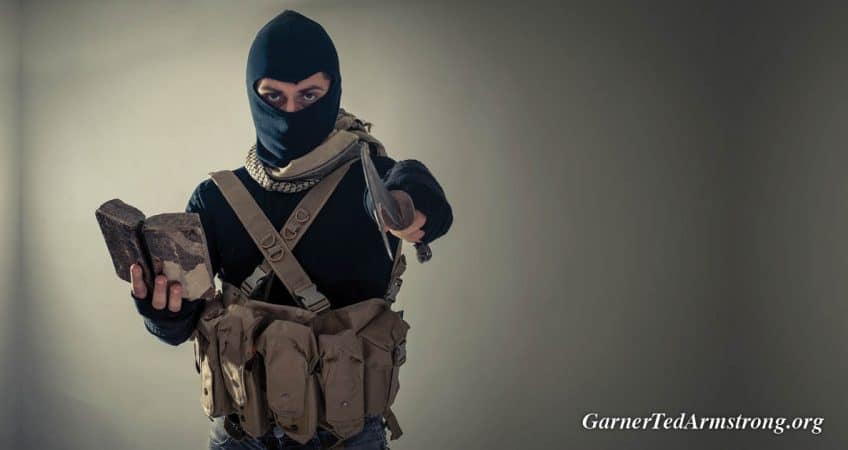 It was Saturday night in Israel. In downtown Jerusalem, hundreds of young teenagers were thronging the busiest part of the city; a brightly lit collection of shops and restaurants when a young Arab, with perhaps up to two kilos of explosives strapped around his waist, packed with nuts, bolts, and nails, triggered the device, blowing himself to bits, and, along with him, ten youngsters. The explosion sent arms, legs, hands, and body parts flying in all directions.

Blood-splattered people screamed, sobbed, sank to the ground. More than one hundred fifty were injured, some horribly, as the bits of metal pierced eyes, faces, bodies.

Moments later, a car bomb shook the area, and the already traumatized victims shrieked in renewed horror. At about the same time, a suicide bomber boarded a bus in Haifa, Israel’s third largest city, and blew up himself and the bus, killing another fifteen people, and injuring forty. Again, the horrifying effects of a bomb strapped to a human body, containing metal projectiles, produced unimaginable, bloody mayhem. In the Gaza strip, gunmen killed another Israeli.

More than twenty six were dead; more than one hundred fifty injured. The death toll is sure to climb, as dozens were taken to hospitals. Once again, demoniacal, hate-filled, murdering terrorists had struck!

Hearing of the latest in a long series of bombings and shootings in Israel, President George W. Bush said it was “murder.”

Can you imagine it? Israel has been under the tightest possible security for many, many years. Off duty soldiers, including young women who are in the army, regularly carry their automatic weapons with them. I well remember being seated beside some young Israelis in restaurants, and seeing them with their Uzis and other kinds of automatic weapons.

El Al, the Israeli national airlines, is deemed the safest in the world. For many years, they have had armed “sky marshals” aboard every flight. Of course, El Al has far, far fewer flights each day or each week than the huge airlines in the US. Passengers boarding El Al are segregated according to sex. The women are taken to a screened off cubicle, where they are body searched by a female security guard. This includes checking to make sure the brassiere is genuine.

During the past Intifada or Palestinian uprising, which began when now Prime Minister Ariel Sharon visited the Temple Mount with security guards, claiming it was sovereign Israeli territory; that he had every right to be there, Israel has mounted dozens of armed checkpoints; has sent Israeli tanks and armored vehicles into Palestinian towns harboring terrorists; has clamped down on Palestinian travel.

In the Jerusalem promenade where the bombs exploded Saturday night, December 1, 2001, only a week or so prior to the bombs, a Fox news correspondent stood in the midst of a vacant Pizza parlor. It was open for business. But no-one was there. It was the scene of another horrendous act of barbarous terrorism only a few months earlier, when another suicide bombing attack killed and maimed Israeli teenagers who were “hanging out” there. Likewise for other restaurants in the area.

The attacks were deliberately coordinated to coincide with a visit to Israel by an American official who is attempting to get the “peace process” (a sham of a name) back “on track,” and with Ariel Sharon’s visit to the United States.

When he was told of the attack, President Bush called it “an act of murder.”

When millions of us saw, in our stunned horror, the fiery collapse of the twin trade towers in New York City, and the smoking hole in the side of the Pentagon, almost no-one called it “murder.” Immediately, the President and government officials, as well as the media, began characterizing it as “an act of WAR!” Based upon this characterization of the strike against us, the President used his powers, under the “wartime powers act” to conduct war against the state which had openly protected bin Laden and his “Al Quaeda” terrorist organization. As I write, the attacks against Kandahar are intensifying, and the end of the bombing campaign, if not the end of the war in Afghanistan, seems near.

An attempt at a provisional, interim government is being made as representatives of the disparate tribal groups, including several women, sit down to talk in Bonn, Germany.

The militant wing of Yasser Arafat’s Palestinian Authority, Hamas immediately proclaimed responsibility for this latest onslaught of suicide bombings. They “justified” it as “retaliation” for the assassination of top Hamas leaders by Israel.
For a long time, Israel has unabashedly followed the policy of deliberately seeking out and killing the leaders of terrorist organizations. Wrong? Unjustified? If they had not done this, they would not have seen bits and pieces of their precious sons and daughters flying through the air in Jerusalem?

But wait! The US government says it wants bin Laden “dead or alive!” There is a 25 million dollar bounty on his head! Practically everyone interviewed, from the Secretary of Defense, Donald Rumsfeld, to the Secretary of State, Colin Powell, has said they “want him dead.” Apparently, we do not care (and that includes me) just how this is accomplished; whether one of his own lieutenants gun him down, or whether the “Northern Alliance” hunts him down, or whether US special forces find which cave complex he is hiding in, and US bombs blow him to bits.

It is incredible how the US media nearly always follows an interview with Benjamin Netanyahu with Hanan Ashawri, the bitter, vindictive, apologist for Yasser Arafat and the Palestinians. When asked about the latest terrorist attacks, she said there were “dead Palestinians too, but they do not show them close up” as if in accusation against media coverage.

Netanyahu made a salient point when he reminded his interviewer that President Bush had said, “If you harbor terrorists, you are a terrorist.” Applying this to Arafat’s Palestinian Authority, Netanyahu said the United States was doing exactly the right thing in seeking to destroy the evil Taliban regime, which sponsored and harbored bin Laden and his gang of killers.

He said Israel needs to do the same thing. He said, “Israel should say to Arafat, ‘Surrender the terrorists, or surrender power.’” It was only during this interview that I learned Yasser Arafat, on the very day the terrorists attacked America, was saying in a speech in Arabic on Palestinian television, “Suicide bombers are the most honorable people among us.”

Shockingly, one almost always sees the liberal media taking the sides of the Palestinians! I was amazed to hear President Bush and Secretary Powell call for the “creation of a Palestinian State” only days after the trade towers attacks, as if attempting to placate Arab regimes we hoped would join the coalition against Afghanistan!

I was further amazed when one of the leftist interviewers said to Netanyahu, “Yes, but America has not occupied territory.” Netanyahu had only moments to respond that Israel had been repeatedly attacked, during five wars, by combined Arab armies, and that the territories she presently occupies are territories to which she makes ancient, Biblically-based claims.

Consider: Israel was attacked by six Arab armies the moment she announced unilateral independence in 1948. Did she have a right to do this? If you think not, perhaps you should remember the roots of the United States of America.
She was attacked again in 1956; again in 1967; again in 1973. As a result of the 6-day war in 1967, Israel ended up in possession of the West Bank, the Golan Heights, East Jerusalem, and all of the Sinai.

Years later, after Israel had developed the oil resources of the Sinai, she handed it back to Egypt as part of a peace accord. She has handed over large slices of the West Bank and Gaza to the Palestinian Authority. Continually, Israeli leaders have, albeit reluctantly, and with reservations about national security, been willing to “trade land for peace.”

But the attacks continued, nevertheless.

In 1948, the Arabs in Palestine were offered statehood. They turned it down.

Recently, Yasser Arafat was offered a portion of Jerusalem, along with lands upon which stood Jewish settlements. He turned it down. He wants a State of Palestine, built on what was once the State of Israel!

Or was it an act of war?

Ariel Sharon said it was an “act of war.” Using the US President’s own words, he ordered Israeli helicopter gunships and fighter bombers to strike Yasser Arafat’s headquarters, destroy three of his helicopters, and the following morning, send rockets within 20 yards of where the Palestinian Authority Chairman was sitting.

Arafat promptly said he could not arrest any more Hamas militants because of the Israeli strikes. Unfortunately, the Israeli strikes cause casualties among Palestinian school children, which will further fuel the hatred among them, and deepen the resolve of such young people to volunteer to become suicide bombers.

There simply IS NO HUMAN SOLUTION to the mayhem, murder, violence and hatred in the Middle East! The ONLY solution for this world’s troubles is the intervention of Almighty God by sending Jesus Christ to INVADE this earth, and conquer it! Christ will truly fight the “war to end all wars” at last!

God says, “But in the last days it shall come to pass, that the mountain of the house of the LORD shall be established in the top of the mountains, and it shall be exalted above the hills; and people shall flow unto it.

“And many nations shall come, and say, Come, and let us go up to the mountain of the LORD, and to the house of the God of Jacob; and he will teach us of his ways, and we will walk in his paths: for the law shall go forth of Zion, and the word of the LORD from Jerusalem.

“And he shall judge among many people, and rebuke strong nations afar off; and they shall beat their swords into plowshares, and their spears into pruninghooks: nation shall not lift up a sword against nation, neither shall they learn war any more.

“But they shall sit every man under his vine and under his fig tree; and none shall make them afraid: for the mouth of the LORD of hosts hath spoken it” (Micah 4:1-4).

For the sequence of events from our time leading up to the FINAL WAR on earth, read my booklet “Coming Soon — An Invasion From Space!”

You may copy and distribute this information only to friends and family without changes, without charge and with full credit given to the author and publisher. You may not publish it for general audiences.

This publication is intended to be used as a personal study tool. Please know it is not wise to take any man’s word for anything, so prove all things for yourself from the pages of your own Bible.

The activities of the Garner Ted Armstrong Evangelistic Association are paid for by tithes, offerings and donations freely given by Christians and co-workers who are dedicated to preaching the gospel according to Jesus Christ. 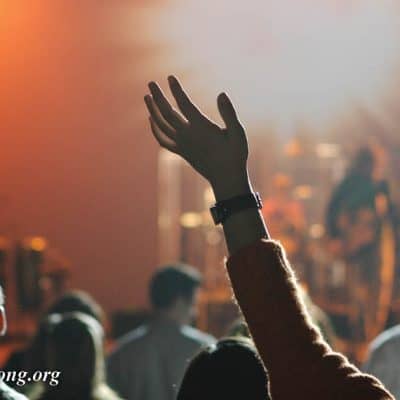 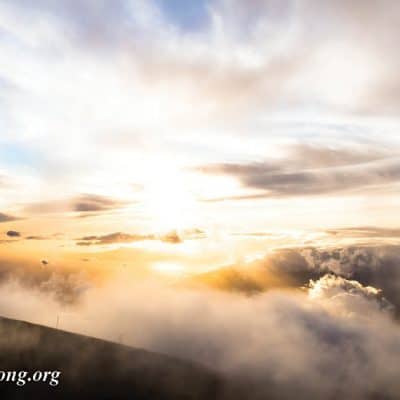 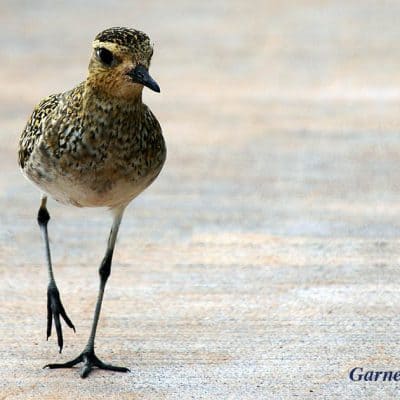 Birds, fish, whales, butterflies and frogs all have something in common. Hundreds of species of... 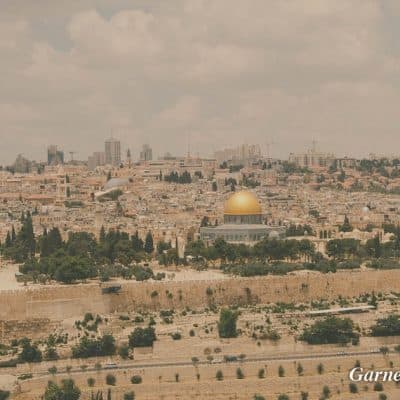 Christ warned, “When ye therefore shall see the abomination of desolation, spoken of by Daniel... 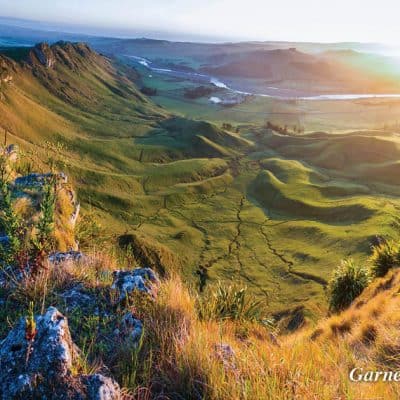 “Stand fast in the liberty wherewith Christ has made us FREE,” shouted the evangelist to the “amens”... 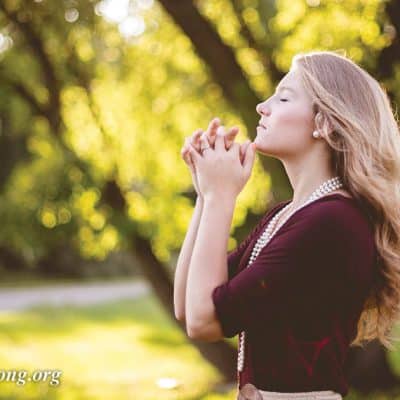 CHAPTER ONE “O God, where are You when I need You?” Each day, millions pray.... 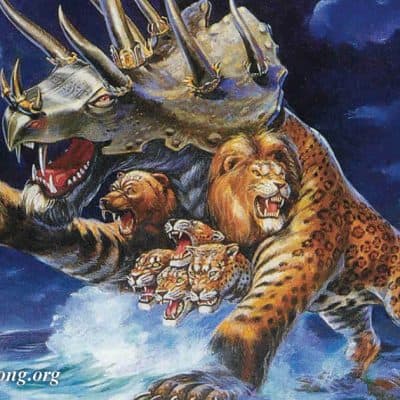 The apostle John, transported forward into time, wrote of the strange, awesome things he saw...

Millions in the Christian-professing world believe they will be raptured to heaven. They sing of...