While Washington wants to put more troops in the war-torn Middle Eastern country, Moscow wants to organise a summit with European leaders. Russia is urging Germany and France to break ranks with their American ally and help rebuild Syria so that refugees can go home, a senior adviser to the Russian government said.

There’s little prospect of a deal with the US, which is now vowing to keep troops in Syria until Iran withdraws, Vitaly Naumkin said in an interview. Russia is instead focused on efforts to organise a Syria summit in Turkey with German Chancellor Angela Merkel and French President Emmanuel Macron. The plan is being held up by European demands for a transition away from Bashar al-Assad’s rule.

“I don’t see why Europe should always bow down to Washington,’’ said Naumkin, a top Russian aide on Syria policy. “If Europe thinks we can get rid of Assad and some moderate opposition forces will come to power, they’re living in fantasy land. Radicals will take over that will slit people’s throats.’’

On some Middle East issues, like defending the Iran nuclear deal, the European Union has sided with Russia in opposition to US policy under Donald Trump. And Merkel in particular has a motive to help Syria recover from its civil war. The admission of some half a million Syrians, amid the biggest refugee crisis in Europe since the second world war, contributed to the rise of far-right movements that have weakened her hold on power.

Russian President Vladimir Putin confronted Merkel with the need for money to rebuild Syria when they met at the German government’s retreat outside Berlin in August. As he did so, Putin underlined the threat that more refugees could make their way to Europe.

But neither Merkel nor the rest of Europe has fallen in line with Russia over Syria. For Putin, that increases the risk of getting stuck in a quagmire. His military intervention succeeded in shoring up Assad, but the bill for post-war reconstruction is estimated at $250 billion by the United Nations, and Western powers are rejecting Russian appeals to chip in.

“Why don’t you want to help people returning to Syria, even in government-held areas?’’ said Naumkin, the head of the Institute of Oriental Studies in Moscow and a member of the Kremlin-backed Valdai discussion club. He called on European nations to rebuild homes, schools, hospitals and roads.

EU and US leaders say Assad is largely to blame for the deaths of hundreds of thousands of people during the war, and stability is impossible under his rule. 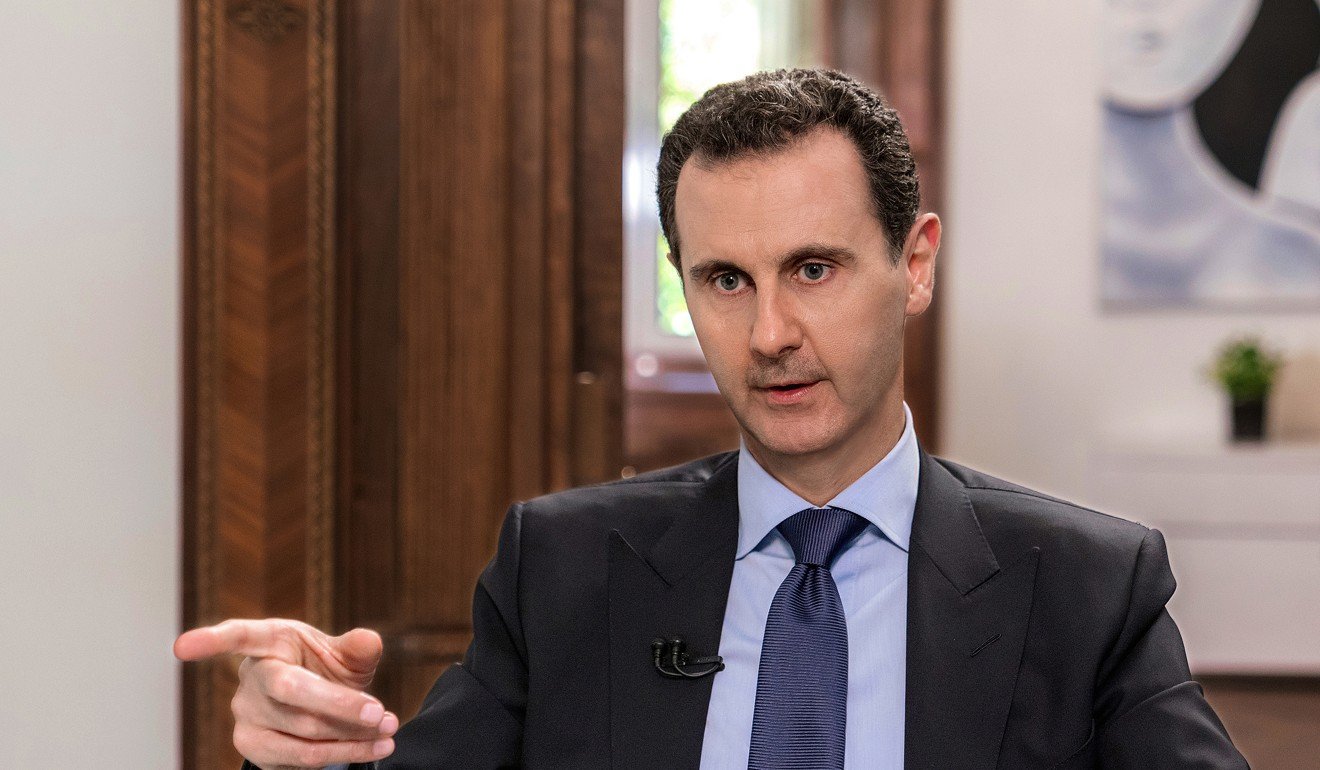 Syrian President Bashar al-Assad has been blamed by EU and US leaders for hundreds of thousands of deaths during the war. Photo: Tribune News Service

German Foreign Minister Heiko Maas said last month that his country will help pay for reconstruction if there’s a political solution leading to free elections. But while Assad remains in power, Germany will not contribute, according to two German officials familiar with Syria policy – because Assad is seen in Berlin as the main obstacle to such a process.

France will not attend the summit in Turkey without a guarantee that there’ll be progress toward a political transition, according to a senior French diplomat. 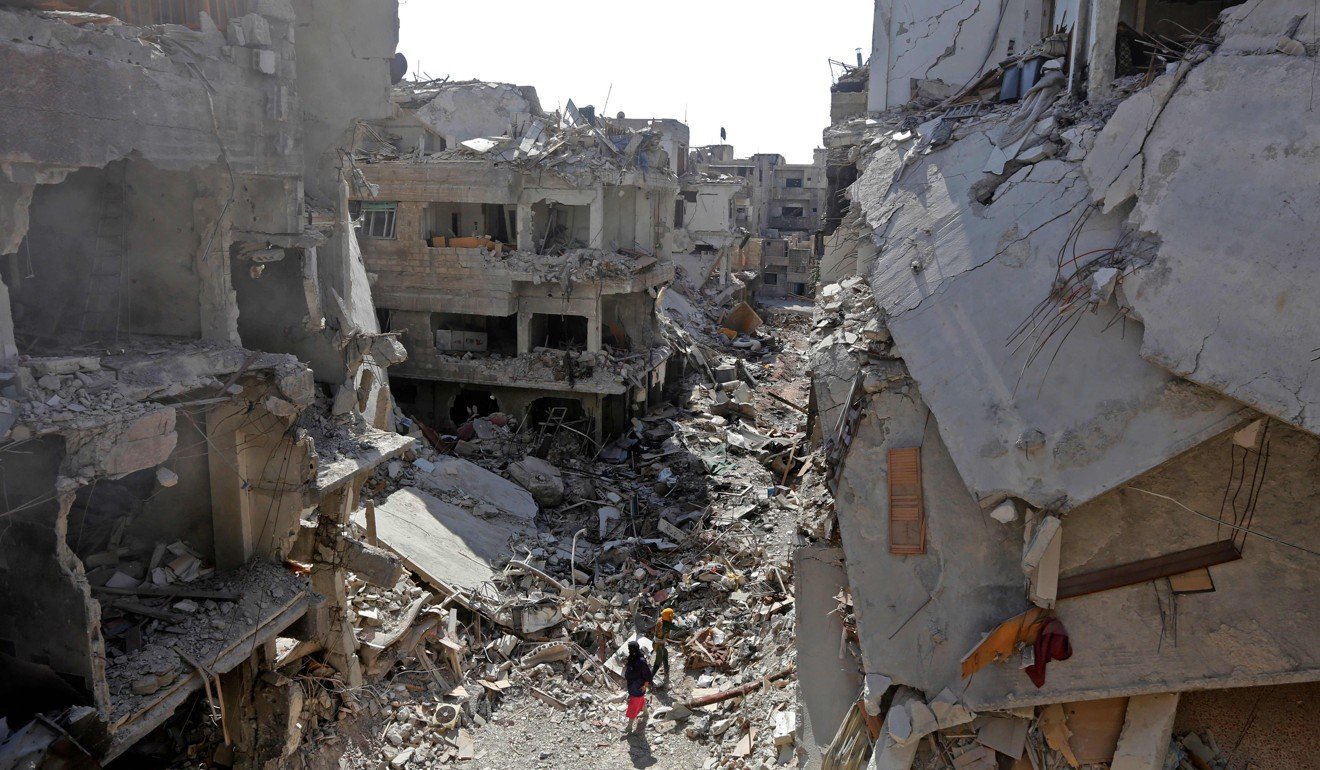 Women walk in the wreckage of the Yarmuk Palestinian refugee camp in the Syrian capital Damascus as the government regime began to clean the camp this week. Photo: AFP

Assad has recaptured much of the country with the help of Russia and Iran, and he shows little appetite for ceding power.

The largest area outside his control, in the oil-rich northeast, is in the hands of Kurdish fighters backed by more than 2,000 US troops. That gives Trump leverage to achieve his goal of pushing Iranian forces out of Syria.

“No deal is possible unless it includes the US,” said Raghida Dergham, head of the Beirut Institute, who’s due to attend a meeting of the Valdai club with Putin next week. “I don’t think the Europeans are able or even willing to go that route.”

Russia’s position is that removing Assad could lead to the country falling apart, and that UN-backed peace talks in Geneva can at best achieve a gradual process of power-sharing, said Naumkin. “There are no alternative figures” to Assad, who would win easily if a free election were held tomorrow, he said.

Germany regards Russia as having been successful in restoring a certain order in Syria, and shares the assessment that the whole system would collapse without Assad. But it’s still not prepared to budge on funding while he is in place.

Some reconstruction money could come from non-Western sources. China has indicated it’s ready to get involved, and there are signs of a rapprochement between Assad and some of the rich Gulf Arab states that backed his opponents in the war.

“Assad, in order to survive, needs oil,” he said.