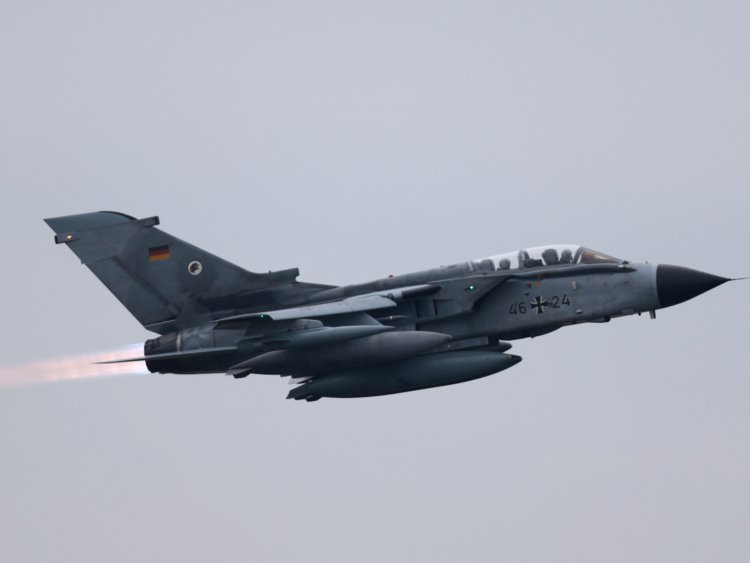 Against the backdrop of potential chemical attacks by the Syrian regime in the province of Idlib, German Defence Minister Ursula von der Leyen is exploring how Germany can engage in military retaliatory actions against the army of Syrian leader Bashar al-Assad.

BILD has learned the German Ministry of Defense is considering participating in the alliance of the USA, Great Britain and France in the future, but only if Assad troops were to use chemical weapons against their own population again. In April 2018, the three powers flew air attacks against selected targets of the regime after the Syrian army attacked the city of Duma, near the capital Damascus, with chemical weapons.

At the time, German Chancellor Angela Merkel had ruled out Germany’s participation in “military actions.”

But now a radical change is being discussed in the ministry.

It began with a request from the US side to the Chancellor’s Office. At a subsequent meeting of high-level experts at the end of the week before last week, various options were discussed in the ministry. The meeting was attended by high-ranking representatives on both sides. For the Germans, von der Leyen’s ministerial director, for the Americans, the new military attaché, a colonel.

The two sides discussed several options relating to a possible military alliance against Assad. They included reconnaissance flights and damage analysis before and after a possible attack and participation in possible combat missions in which German aircrafts would drop bombs for the first time since the Balkan War.

Should Assad verifiably use chemical weapons against its own people again, armed Bundeswehr Tornados could fly attacks on military infrastructure — barracks, air bases, command posts, ammunition and weapon depots, factories, and research centers, for example. In doing so, Germany would risk a direct confrontation with Syria’s allied Russia for the first time.

Though the plans were developed in the ministry, the final decision will fall on the chancellor.

In the event of immediate intervention, the German Parliament would only be consulted after the fact because of time constraints.

Germany considers the situation extremely delicate. The Ministry of Defence and the Foreign Office, in a joint statement in response to a request from BILD, said, “The situation in Syria gives cause for grave concern. Of course, we are in close contact with our American ally and European partners during these times.”

The statement continued: “At all levels, we are constantly exchanging views on the current situation, possible further crisis scenarios and joint options for action. The aim is for the parties to the conflict to avoid an escalation of the situation, which is already terrible for the people affected. This applies in particular to the use of banned chemical weapons, which the Assad regime has already used in the past.”

Over the weekend, Russian and Syrian fighter jets again flew massive air strikes against the province of Idlib in Western Syria.

The rebel stronghold, the last of its kind, is a highly coveted target for Assad. The region is used by an estimated 100,000 partly Islamist rebels as a retreat, but three million civilians, including one million children, also live there.

In an interview Sunday on CNN’s “State of the Union,” House Speaker Nancy Pelosi said...

An order would signal the seriousness of the coronavirus threat. Texas Gov. Greg Abbott speaks...

In six counties in and around San Francisco, the government has already called for residents...

People of both parties seem rather okay with undermining core civil liberties in order to...

Toilet paper, paper towels and other products seemingly not essential for dealing with the novel coronavirus have...